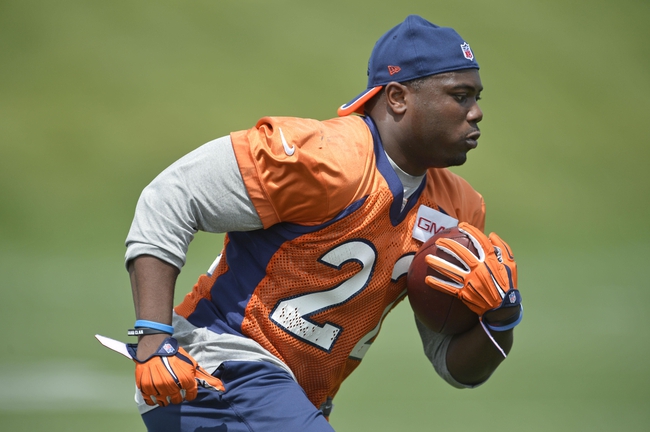 After a relatively slow weekend, the NFL news has picked back up over the past couple of days. That said, let’s take our daily look at the headlines and see who’s in the news this morning.

There’s no doubt about Broncos RB C.J. Anderson’s role in the organization as the team heads into the 2015 season. He’s solidified himself as the No. 1 running back on the team with a strong effort this off-season, and got the most work with the first team in camp.
Although the Broncos still have a strong backup tandem in Montee Ball and Ronnie Hillman, Anderson will get the nod as the go-to guy this year, following a 648-yard effort in the final six games of the regular season.

With the Panthers’ thin WR corps last season, Brenton Bersin was able to make a name for himself on the field. He won’t get a free pass in 2015, however, as the team has added some stiff competition for him in the off-season.
Berson posted 13 grabs for 151 yards and a score last year, but wasn’t able to keep it together on special teams. He’ll have to sharpen his skills if he wants to be a regular part of the rotation in 2015.

Free agent RB Ahmad Bradshaw will be suspended for one game in the 2015 season as soon as he signs with a new club.
Bradshaw violated the league’s policy on substances of abuse. He was released by Indianapolis this off-season, after an early-February arrest on marijuana charges. He pleaded no contest to those charges.
Bradshaw suffered a season-ending injury last season, but before that posted seven touchdowns in 10 games.

The Browns will be picking up Terrelle Pryor on waivers, according to a report yesterday. He was dropped by the Bengals after a failed bid to make the roster at QB.
Pryor has moved over to the WR position, but it remains to be seen whether or not he’ll be able to excel there.

The pick in this article is the opinion of the writer, not a Sports Chat Place site consensus.
Previous Pick
NFL News: Player News and Updates for 6/22/15
Next Pick
Miami Dolphins: 2015 Offseason Recap, Status Report, Schedule, Outlook