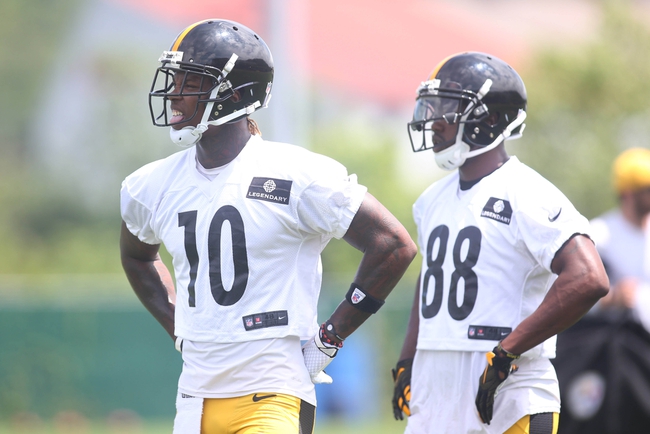 The Pittsburgh Steelers look to clinch a playoff spot for the fourth time in six years when they take the field in 2015. Despite last season’s ups-and-downs, the Steelers have won double-digit games in five of their last eight seasons.

Here’s how the Pittsburgh Steelers look heading into 2015.

Key Player Losses: The two biggest losses for the Pittsburgh Steelers came with the retirement of Ike Taylor and Troy Polamalu. Both guys were key cornerstones for Pittsburgh’s defense for years, and the team is certainly going to miss their leadership. Linebacker Jason Worilds also retired after racking up 7.5 sacks last year. Offensively, the Steelers lose 26 combined receptions with Justin Brown and Lance Moore signing to other teams.

Key Player Additions: The Steelers didn’t make any major splashes besides giving running back DeAngelo Williams a change of scenery. Williams has spent his whole career with the Carolina Panthers but has struggled with injuries, and has combined for just 1,000 rushing yards and three touchdowns his last two seasons. Maybe less pressure to perform will give the 32-year-old back a chance to be productive in a backup role. The Steelers also gave Ben Roethlisberger a sweet contract extension.

Draft: The Steelers added to their defense with the selections of linebacker Bud Dupree and cornerback Senquez Golson. Both SEC guys with athleticism and playmaking ability, and they should fit right in which this younger defense moving forward. Pittsburgh also added a speedster in wide receiver Sammie Coates, who can take the top off a defense and become a solid player if he can improve his hands. Defensive end Anthony Chickillo in the sixth round is also a solid pickup, as he plays with high energy and brings versatility in run/pass packagaes.

2015 Outlook: The Steelers did a nice job of keeping their offesne together and should improve on the defensive side of the ball with this younger approach they have going on. The Steelers should still be considered the team to beat in the AFC North and should make the playoffs once again. The only real question I have is the lack of overall leadership on the defensive side.

The pick in this article is the opinion of the writer, not a Sports Chat Place site consensus.
Previous Pick
Top Ten Most Touchbacks Per NFL Game in 2014
Next Pick
NFL News: Player News and Updates for 6/24/15