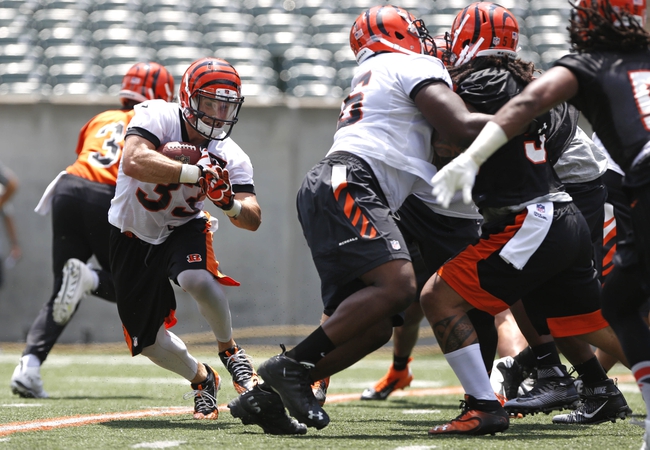 The Cincinnati Bengals will enter the 2015 season with the same goals as the past, as they’ve made the playoffs four straight seasons. However, they hope this is the year the Bengals take that next step and win a playoff game.

Here’s how the Bengals look heading into the new season.

Key Player Losses: After spending his first five seasons with the Bengals, tight end Jermaine Gresham is still a free agent. Gresham had 280 receptions, 2,722 receiving yards and 24 touchdowns in his career with Cincinnati, which includes 62 receptions last season. Just like the offensive side of the ball, the Bengals did a great job of keeping their defense intact, as cornerback Terence Newman is the only key player who left the team. Despite soon turning 37 years old, Newman had 72 tackles and 14 pass deflections last season, proving the old guy can still play at a solid level in the secondary.

Key Player Additions: The Bengals added linebacker depth with the addition of A.J. Hawk, who racked up 932 tackes with the Green Bay Packers. Defensive end Michael Johnson returns to Cincinnati after spending one season with the Tampa Bay Buccaneers. Johnson is a true pass rusher who has 30.5 sacks in six seasons. Other than those two guys, the Bengals made sure to wrap up their current players, including Rey Maualuga, Devon Still and kicker Mike Nugent.

Draft: The Bengals spent their first two picks on strengthening the offensive line by selecting Cedric Ogbuehi and Jake Fisher, two guys who could quickly sneak into the starting rotation. Paul Dawson is a playmaking linebacker out of TCU, and Tyler Kroft is a tight end who can stretch the field and can make Cincy fans forget about Gresham. The steal for the Bengals has to be receiver Mario Alford who was selected in the seventh round. Alford is extremely small but has elite speed and sure hands, making him a sneaky weapon in certain spots.

2015 Outlook: Most would agree that the Bengals are one of the more talented teams in the NFL (Again.) The problem is we’ve been saying this for a couple of years and they never take that next step. It’s like the same song and dance with this franchise. Either way, the Bengals will once again be in the hunt for a playoff spot and have the talent to go toe-to-toe with anybody. Only time will tell if this actually happens.

The pick in this article is the opinion of the writer, not a Sports Chat Place site consensus.
Previous Pick
NFL News: Player News and Updates for 6/24/15
Next Pick
Top Ten Rushing Quarterbacks in NFL History