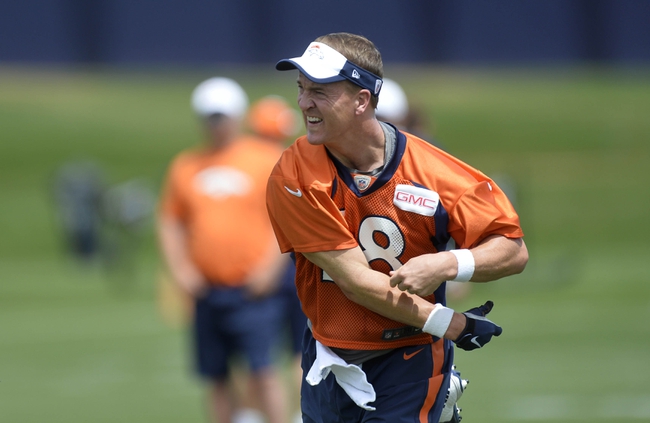 We’ve reached the middle of another off-season week in the NFL. Even though we won’t be seeing any meaningful football on the field for a while, we’ve still got plenty of new developments to check out in our daily wrap-up.

The Rams’ Todd Gurley--who was the 10th overall draft pick this season--doesn’t yet have a concrete timetable for his return to the field following a torn left ACL.
That said, Gurley says he’s hoping to be back in time for training camp and has been increasing his workload with each passing day.
Gurley has been doing drills at OTAs, and he’s now around 7 ½ months removed from his surgery. Whether or not he really can get back for training camp remains to be seen, however.

Lions QB Matthew Stafford is coming off a 60.3 percent completion percentage in 2014. That’s the second-best mark of his career thus far, but the coaching staff in Detroit believes he can do even better this season.
Jim Caldwell recently made some comments on Stafford, saying that with another year in the system, his timing has improved and his receivers have a better grasp of where they’re going.
If Caldwell’s observations turn out to be true, we could very well see a very accurate (and very dangerous) Stafford in 2015.

Tom Brady’s appeal hearing over the Deflategate scandal lasted nearly 11 hours yesterday. Brady himself was reportedly present the entire time.
NFL Commissioner Roger Goodell doesn’t have a set timetable when it comes to making his decision on the appeal, so we could be waiting on the results for a while.

Here’s an interesting story from the off-season files. There’s a report out there saying that the Broncos attempted to trade Peyton Manning to the Texans this year.
Manning’s camp and the Broncos denied the report, which cited a pair of official sources. Manning now has a no-trade clause in his contract, which is in effect for the 2015 season.