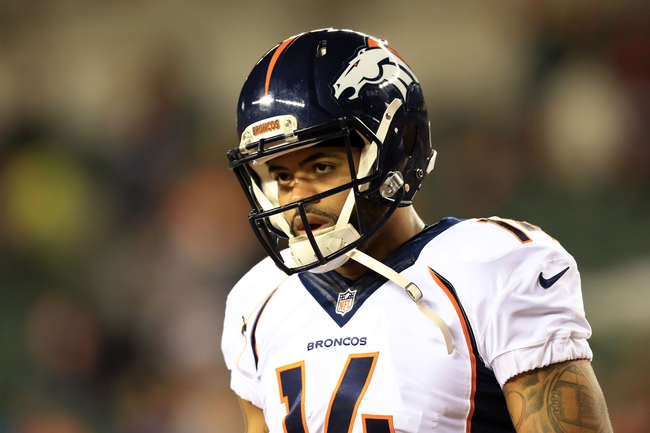 We’ve just about reached another off-season weekend in the NFL, and this week has given us some interesting developments on some of the key players out there. That said, let’s check out some of the notable headlines from this morning.

The Titans’ Marcus Mariota remains the lone unsigned player from the first round of the 2015 draft, which is probably making Tennessee fans a little uneasy.
Mariota himself doesn’t seem to be too worried, however, and plans on being present and accounted for at training camp.
Even though Mariota remains unsigned, there’s not reason right now to believe that a deal won’t get done by camp. The two sides have over a month to work something out.

Broncos fans didn’t get to see much out of WR Cody Latimer in his rookie year during 2014. He caught only two passes, and wasn’t much of a factor at all on the field.
Latimer has been working hard this off-season to make sure 2015 isn’t a repeat of last year. He was present at Peyton Manning’s camp this off-season, and has been vigorously studying up on the new offensive playbook so he’ll be up to speed at camp.
Latimer was a second-round draft pick, so the Broncos obviously think highly of him. The extra chemistry and studying this off-season should pay off for him in field time this season.

The Falcons certainly need some help in their linebacker corps, and that’s where rookie Vic Beasley comes in. Although he’s considered a pass-rusher who can only make an impact in certain situations, the youngster wants to change that perception and prove himself a versatile player.
Beasley posted 33 sacks at Clemson, and will get plenty of opportunities to get some more in the NFL.

The Panthers’ Corey Brown made a solid impact last year--especially for an undrafted rookie. He managed 21 grabs for 296 yards and a pair of scores.
Brown has spent the off-season trying to add some weight, and he’s gone from 180 to 185 pounds. He’ll need to take another step forward this year if he doesn’t want to get lost in the WR shuffle in Carolina.