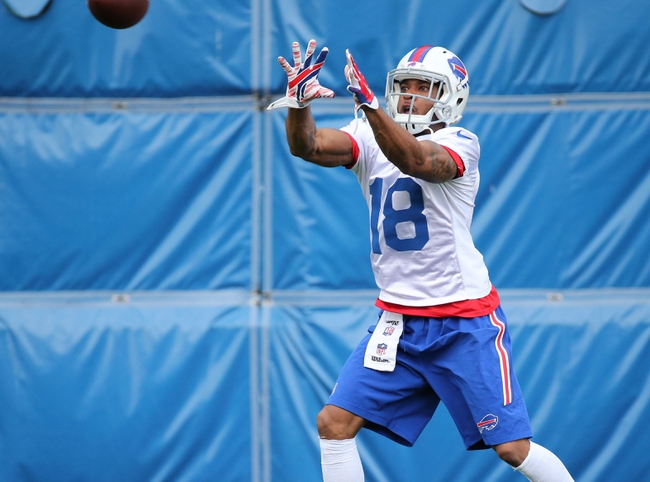 It’s another off-season weekend in the NFL, and we’ve seen plenty of new developments over the past several days that should provide plenty to talk about. That said, let’s check out some of the notable players and situations in the headlines today.

The Titans’ Mike Martin is entering the 2015 season much leaner than he was last year. The Tennessee DE says he’s dropped quite a bit of weight--from 318 pounds down to the 290-295 range--and is moving better with a smaller body.
Martin says his conditioning is already showing marked improvement, and with this season looming as a contract year he could see big dividends in his paycheck as well. He’ll be a player for Titans fans to watch in 2015.

How will Percy Harvin fare in Buffalo? That’s one of the big questions facing the Bills, and Harvin himself is aiming for a pure WR role with his new team.
The ex-Jet says he wants to buck the perception he has of being simply a gadget player and make his presence known as a wideout.
New Bills coach Rex Ryan has some familiarity with Harvin from last year and will be lining him up on the outside more as opposed to in the slot. If Harvin can stay healthy, he shouldn’t have much trouble passing up his numbers from the last two years--in those seasons he logged a combined 52 passes for 500 yards over 14 games.

Speaking of wide receivers who could be destined for big things this season, the 49ers have a spark plug in the form of DeAndrew White, who was signed as an undrafted free agent.
White has impressed the coaching staff immensely since joining the team, once again flashing the potential he held at Alabama beside Amari Cooper.
White suffered an ACL injury in college, which dampened his numbers. If he’s truly back to his old self, the Niners could very well have themselves a surprising player who may just do big things for them in the future.