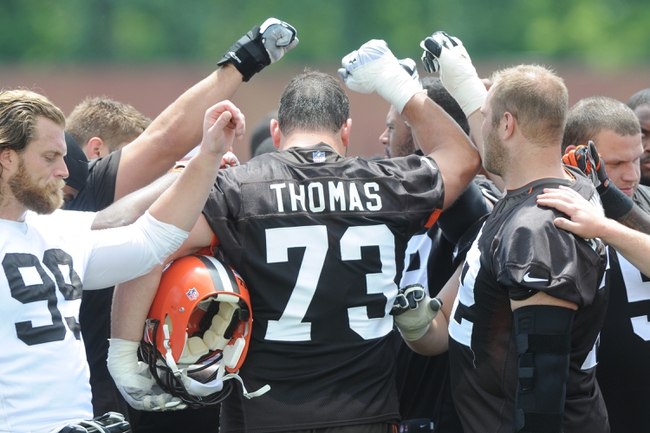 The Cleveland Browns enter the 2015 season with another young, talented team that is looking to make the playoffs for the first time since 2002.

Here’s how the Browns look heading into the new season.

Key Player Losses: The Browns offense, which wasn’t great last season, lost a lot of production. Quarterback Brian Hoyer now plays for the Texans, running back Ben Tate is still a free agent and receivers Miles Austin and Jordan Cameron now play for different teams. The Browns offense will look a lot different and will need guys such as Johnny Manziel to step up quickly. Defensively, the Browns kept majority of their key guys but did lose solid cornerback Buster Skrine to the New York Jets and defensive lineman Jabaal Sheard to the New England Patriots. The two players combined for 111 tackles and four picks last season.

Key Player Additions: The Browns added veteran quarterback Josh McCown to the mix, who could be the starter if Manziel continues to slow his progress. Regardless, the addition of receivers Dwayne Bowe and Brian Hartline will greatly help open things up, as they’ve combined for 56 career receiving touchdowns. Defensively, Randy Starks along the defensive line is a solid upgrade and Tramon Williams is a veteran cornerback who has 28 interceptions.

Draft: The Browns added defensive tackle Danny Shelton and offensive lineman Cameron Erving in the first round, two guys who will likely become starters sooner than later. Nate Orchard is a playmaking linebacker and Duke Johnson at running back was an absolute steal, as he has home run ability. I also love the selection of cornerback Ifo Ekpre-Olomu in the seventh, as he would have been selected within the first three rounds if it wasn’t for injury concerns. The Browns killed their draft.

2015 Outlook: The Browns are still in a tough and competitive AFC North, which is always going to make it hard to break this playoff drought. However, the Browns defense is extremely underrated and the offense made some decent upgrades at the skill positions. If the Browns can figure out the quarterback position to the point where it's manageable, I kind of think Cleveland could sneak into the playoffs this season as a wildcard team. I really like the direction the Browns are going.

The pick in this article is the opinion of the writer, not a Sports Chat Place site consensus.
Previous Pick
NFL News: Player News and Updates for 6/28/15
Next Pick
Top Ten Highest Scoring 4th Quarter NFL Teams in 2014