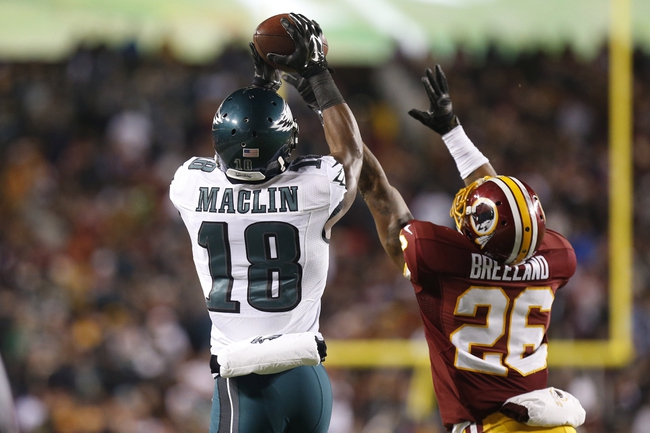 We’ve made it past another NFL off-season weekend and into the workweek. With each passing day, training camps and the preseason get that much closer. That said, let’s take our daily look around the league at some of the notable players and situations out there.

The Seahawks’ Michael Bennett is definitely not happy with his contract situation right now. This weekend he told a TV station in Honolulu that he may hold out of training camp if the team doesn’t give him a new contract.
Bennett was at the team’s mandatory minicamp, so this comes as something of a surprise. We’ll see if these words spark the team into action.

Speaking of the Seahawks, they’ve still got the proverbial elephant in the room when it comes to QB Russell Wilson’s contract. He’s still got no extended deal.
Wilson is set to make just $1.54 million this year, the final season of his rookie deal. That’s a pretty silly figure when you think about the fact that he’s been to the last two Super Bowls, winning one and coming within a dumb play call of winning the other.
Wilson recently expressed his desire to remain with the Seahawks for a very long time, so at least he’s being polite about the situation. We’ll see if his camp and the team can come to an agreement anytime soon.

The Redskins’ David Amerson has a lot to prove going into to 2015. He’s no longer the team’s starting cornerback following a pretty lackluster 2014 season. Amerson lost that duty to Brahaud Breeland and Chris Culliver.
Amerson managed only seven pass breakups and no interceptions last year, and he blames that on hesitation and lack of aggression. He promises to be more decisive in 2015, and that should reflect in his numbers.

Kansas City WR Jeremy Maclin is very happy with his preparation for the 2015 season. He says he’s off to the best start of his career with Alex Smith and has garnered the praise of his coaching staff as a result.
Maclin is very familiar with the offensive system in Kansas City, and has had a lot of help getting himself acclimated. Statistically, he should hit the ground running with the Chiefs.