Top Ten Funniest Names in the NFL (Past & Present) 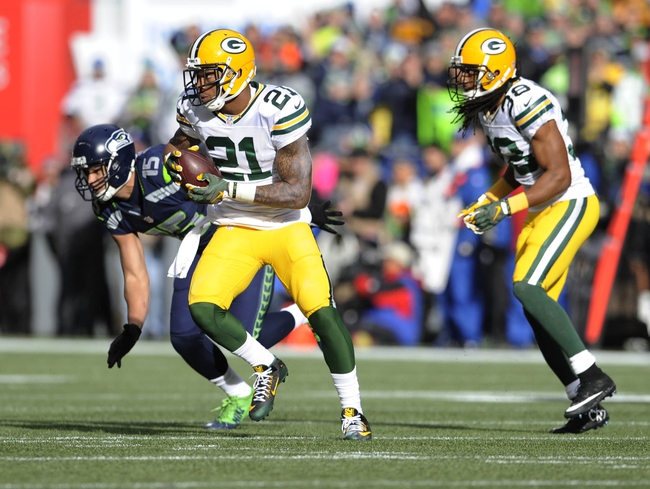 Which NFL Players Have Had the Funniest Names?

Professional sports are filled with memorable names. Sometimes (“Shaquille,” anyone?) these enter the popular vernacular and skyrocket up baby name lists. Other times, not so much. Today, we’re going to take a look at the top ten funniest names to have graced the NFL.

1. I’m going to start-off with my personal favorite (Roll Tide), Green Bay Packers S Ha Ha Clinton-Dix. Ha Ha’s real name is “Ha’Sean,” but his grandma reportedly starting calling him “Ha Ha” as a child and it stuck. Combined with his last name, I’m assuming Clinton-Dix has heard quite a few jokes with the punchline “Monica Lewinsky.”

2. Buffalo Bills G Richie Incognito's moniker is more ironic than anything at this point. After his 2013 debacle withe Miami Dolphins, the man is really anything but incognito. Instead, we couldn’t turn on ESPN without seeing his mug for a solid six months. Recall?

3. WR Fair Hooker played for the Cleveland Browns from 1969-1974 before hanging-up his cleats. Hooker’s name is unfortunate for a variety of reasons I’m sure you’ve already thought of. On the bright side, he could have been named “Rip-Off Hooker,” which presumably is the worst kind.

4. QB Josh Booty was one of the Cleveland Browns’ many quarterbacks since they made their return in 1999. His tenure lasted from 2001-2003. Booty’s name, admittedly, might be more suited to baseball, but there’s nothin’ wrong with a pair of football pants either. Am I right, ladies? Bonus: Booty has a brother, John David, who also briefly played in the NFL.

5. Hall of Fame LB Dick Butkus spent his entire 18-year NFL career with the Chicago Bears. Do I even need to explain why his name is amusing? Didn’t think so. I wouldn’t point it out to him, though; Butkus could probably still take most of y’all.

6. OT Guy Whimper has played for the New York Giants, the Jacksonville Jaguars, and the Pittsburgh Steelers. Whimpers’s 6’5, 315 pound frame makes his name even funnier than it would be otherwise. It’s tough to imagine this brick wall of a man sniveling about much of anything.

7. Former Cleveland Browns RB Ben Gay’s name requires no analysis. I mean, the man was named Ben Gay.  Yeah. Also, I may’ve figured out why the Browns’ draft strategy is failing. I’m starting to think they’re just drafting whichever remaining player has the name that makes them laugh the most…

8. Recently retired Pittsburgh Steelers S Troy Polamalu enjoyed an illustrious career. I know I loved to watch him play on Sundays and I loathe the Steelers (but I try to be objective). Polamalu’s name is just flat-out fun to say. Plus, my mother fondly refers to him as “Palmolive.” Yes, like the dish soap.

9. WR T.J. Houshmandzadeh may have one of the hardest to spell names to ever enter the league. We really should’ve shortened it to “Housh”…or something. How did this man never have a nickname? Houshmandzadeh spent most of his career with the Cincinncati Bengals, had an unfortunate season with the Oakland Raiders last year, and is now on-staff as a coaching intern back in the Queen City.

10. You knew we couldn’t get away with a top ten about funny names without seeing former Cincinnati Bengals’ WR Chad Ochocinco, right? Ochocinco is currently playing for the Montreal Alouettes under his original (decidedly more mundane) name, Chad Johnson. Can’t say I blame him for getting back to basics.

The pick in this article is the opinion of the writer, not a Sports Chat Place site consensus.
Previous Pick
Toronto Argonauts vs. Calgary Stampeders CFL Pick, Odds, Prediction - 7/13/15
Next Pick
NFL Seasons With the Top Ten Most Tie Games