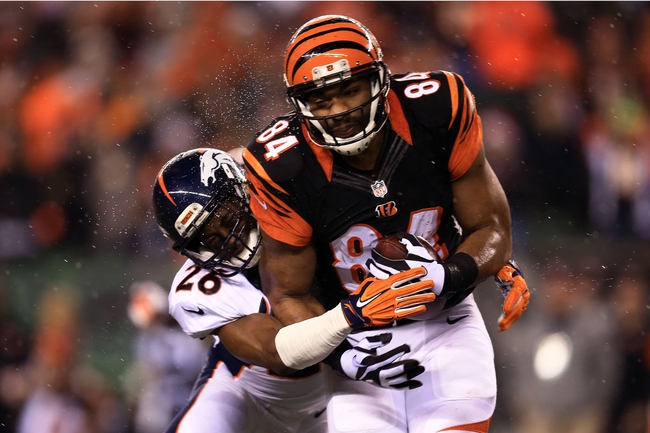 We’ve reached another NFL off-season weekend, and by this time next week we’ll be ready for the training camp festivities. While we’re waiting, let’s check out some of the notable players and situations out there in the league.

The Chiefs’ Sean Smith is officially suspended for three games, following his pleading guilty to DUI last month.
Smith received two years probation from the guilty plea. He’ll be heading into his seventh year in the NFL this season and has played for both Miami and Kansas City.

Free agent tight end Jermaine Gresham has visited with the Packers, according to sources close to the situation. There’s no word yet on what level of interest Green Bay could potentially have.
Gresham averaged 56 catches per year during his first five seasons with the Bengals. He managed 62 grabs for 460 yards and five scores last year.

Let’s get back to some suspended players now, starting with Vikings CB Jabari Price. He’s been suspended for two games for violating the league’s substance abuce policy.
Price logged 10 tackles in his 14 games last year.

Also on the suspension radar is Broncos DE Derek Wolfe. He’s out for four games for violation of the league’s performance-enhancing drugs policy.
Wolfe is blaming a medication he took on the positive test. He’ll be on hand during training camp and preseason, but we won’t see him on the field until Week 5.

The Buccaneers’ C.J. Wilson is retiring from the NFL following his fireworks accident this month. He lost two fingers in the incident.
Wilson may end up coming back to football, but it won’t be until after his hand heals up. He’ll be on the reserve-retired list until then.