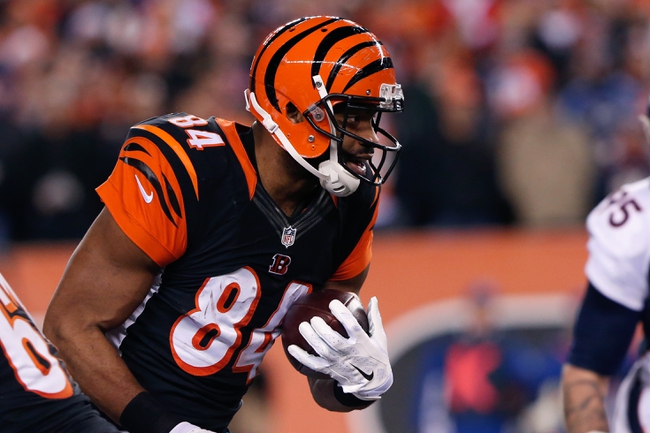 We’re inching closer and closer to training camp time in the NFL, and there’s plenty to talk about in the meantime. That said, let’s take our daily look at the headlines and see who’s in the news right now.

The Dolphins released QB Josh Freeman this weekend. He didn’t even make it to training camp.
Freeman didn’t play in the NFL last year, which followed bad stretches with Tampa Bay and Minnesota.

The Ravens placed a couple of players on the PUP list this weekend. FS Terrence Brooks and TE Dennis Pitta both earned that designation.
Brooks is dealing with ligament tears in his knee, while Pitta is attempting to come back from his second dislocated hip. If either player starts out the year on the PUP list, he’ll be out for at least the first six games.

The strange tale of Browns QB Johnny Manziel continues this summer. The latest on him is that he just recently spent some time training with former head coach Jon Gruden.
The training consisted of film studies and mechanics work. We’ll see if it has any effect on him once the preseason gets here.

The Jaguars inked up free agent WR Greg Jenkins this weekend. He’ll be trying to work his way into the lineup as a kick returner.
Jenkins has played in a half-dozen NFL games with the Raiders. He has a combined 16 kickoff/punt returns under his belt.

The Vikings signed CB Josh Thomas on Friday. He’s coming off a journeyman 2014, logging time with four different NFL teams.
Thomas did get a good amount of time in for the Panthers a few years back, so we’ll see if he can get back to regular appearances again with Minnnesota.

The Cardinals signed free agent TE Jermaine Gresham. He’s in town on a one-year deal.
Gresham is a two-time Pro-Bowler and is coming of five years in Cincinnati.