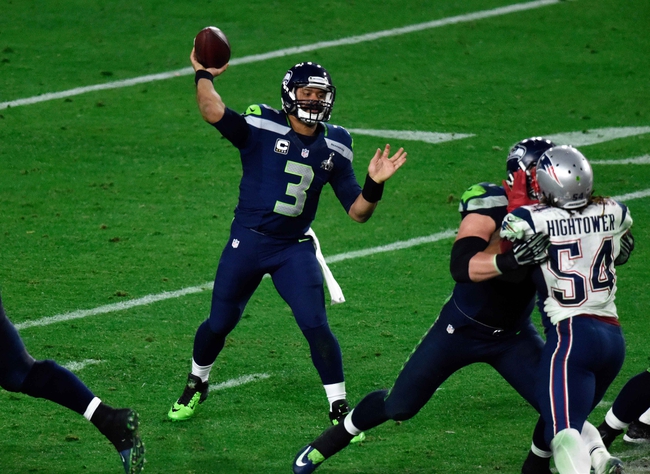 It’s training camp time in the NFL, and that means we’re going to be seeing a lot more news from around the league. That said, let’s check out some of the notable players and headlines out there.

The Seahawks made an offer to Russell Wilson this weekend in an effort to get through his contract impasse.
The offer is worth $21 million per year, which is just $1 million under Aaron Rodgers’ salary.

The Steelers put a couple of players on the PUP list this weekend. Those names include C Maurkice Pouncey and T Mike Adams.
Pouncey has a sprained right foot (described as “minor), and he’ll be out for another day or so. As for Adams, he’s recovering from a procedure on his back one week ago. He’ll be out for another four weeks.
They join Bruce Gradkowski, Senquez Golson and Shawn Lemon on the PUP list.

Speaking of the Steelers, let’s check in on RB Le’Veon Bell. He’s currently appealing a four-game suspension, but is preparing as if he’ll be starting in Week 1 against the Patriots.
Bell is coming off a 1,361-yard, eight-TD campaign in 2014, adding another 854 yards through the air.

The Patriots signed P Ryan Allen to a three-year extension yesterday. He’s heading into year No.3 in New England.

The Colts released OT Gosder Cherilus yesterday. He’s been in the league for seven years and has started 29 games with Indy in the last two years.

In other kicker/punter extension news, the Vikings inked K Blair Walsh to an extension yesterday. He’ll get four more years at $14 million.