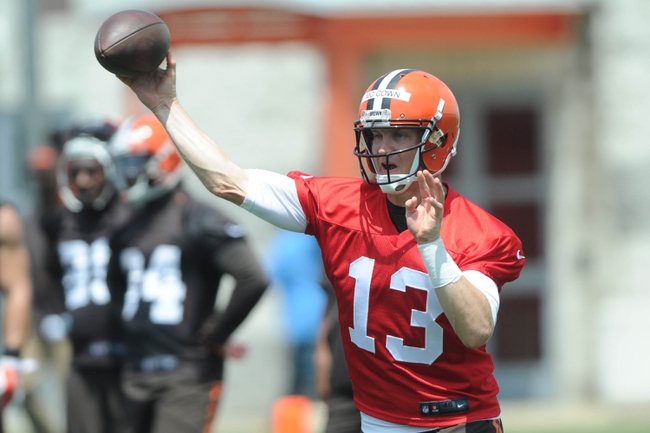 It’s been a pretty busy week in NFL news so far, and we’re sure to see lots more headlines coming over the next several days as training camps get going. That said, let’s check out some of the notable names out there and see what’s happening.

Indy LB Robert Mathis is reportedly making some good progress coming back from his torn Achilles, suffered last season. That said, he’s still not yet been cleared for football activities, according to Colts brass.
Mathis realistically has no timetable set for his return yet, but we’re sure to hear an update on it as soon as he gets one.

The Raiders made a minor roster move yesterday, placing three-year veteran LB Sio Moore on the PUP list. He’s coming off an IR stint last year due to a hip injury.
Moore will have to pass an examination before he’ll be allowed to practice again.

The Buccaneers re-signed defensive lineman Da’Quan Bowers yesterday. He was an unrestricted free agent.
Bowers was picked up as a second-rounder in the 2011 draft. During his 50-game NFL career (all with Tampa), he’s logged 66 total tackles and seven sacks.

Jonathan Martin, the OL who was involved in a bullying scandal a couple of years back, is retiring from the NFL due to a back injury.
Martin will need surgery on his back, a procedure that would have cost him the entire season. He’d been picked up by the Panthers after getting dropped by San Francisco back in March.

It looks like the starting QB spot in Cleveland is Josh McCown’s to lose. He’s heading into training camp as the No. 1 guy and the likely starter for Week 1 against the Jets.
Johnny Manziel, meanwhile, will be relegated once again to the back up QB spot, after a mostly unimpressive off-season so far. He’s reportedly taken some big steps in his maturity, however, so we’ll see if he makes an impact in 2015.

The pick in this article is the opinion of the writer, not a Sports Chat Place site consensus.
Previous Pick
NFL News: Player News and Updates for 7/27/15
Next Pick
Top Ten Smallest NFL Fan Bases