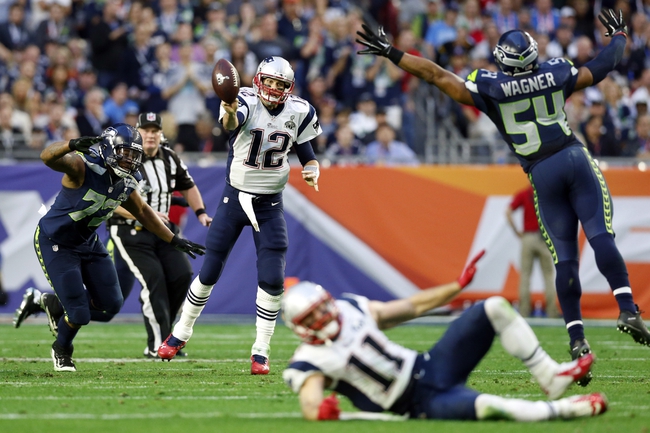 With training camps already going around the NFL (and many more to come this weekend), there’s plenty to talk about when it comes to football. That said, let’s take our daily look around the league and see what’s happening out there.

The Steelers’ Bruce Gradkowski (the team’s backup QB) is currently dealing with a sore shoulder, which has been plaguing him for the past couple of months.
Gradkowski still is unsure about a timeline for his return to the field, but could potentially be ready within a couple of weeks. He’ll probably still be out when the team plays their first preseason matchup, which is the annual Hall of Fame Game on August 9.

The Texans’ Jadeveon Clowney is still having trouble with injury (which isn’t really a surprise, given his recent history). He’s been placed on the team’s PUP list, which will give Houston the flexibility to keep him out of action if he’s not ready to go by the season opener.
Optimistically, however, Clowney could return by the end of next month. He’s still trying to get his knee healthy.

The NFL announced a reduction in the suspension of Steelers running back Le’Veon Bell yesterday. His suspension will be reduced from three games to two.
Bell was hit with a penalty due to a substance abuse violation. He’s coming off a 1,361-yard season last year with eight scores.

Not so fortunate in getting his suspension reduced was the Patriots’ Tom Brady. The NFL upheld his four-game suspension for his role in the Deflategate scandal.
Brady had appealed the suspension, but Commissioner Roger Goodell upheld his decision. The Patriots will have to get by without the services of their No. 1 QB during the first part of the season.
Interestingly enough, it was revealed during the investigation that Brady had destroyed his cell phone, which seemed to be incriminating. That revelation played into the final decision.

The pick in this article is the opinion of the writer, not a Sports Chat Place site consensus.
Previous Pick
Top Ten Biggest NFL Fan Bases
Next Pick
NFL Teams With the Top Ten Most Merchandise Sales