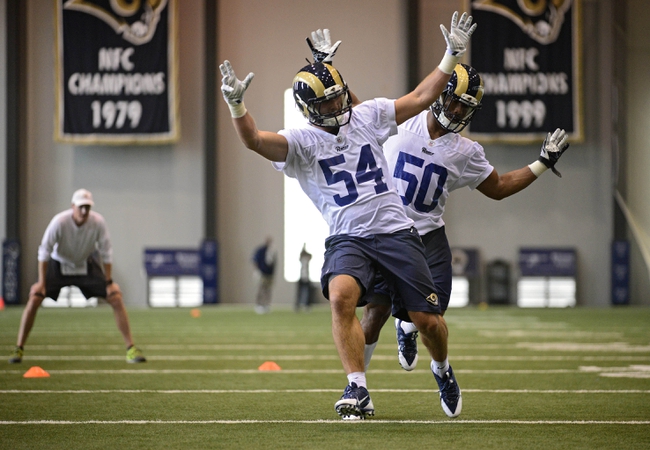 There’s nothing better than a packed house at an NFL game. Some teams, though, do a better job of filling their seats than others. Today, we’re going to take a look at the teams that had the top ten most empty seats on average during the 2014 season.

1. The St. Louis Rams sold an average of 86.4% of their tickets for every home game last year. I know Edward Jones is a terrible stadium, but c’mon STL fans. The term “baseball town” isn’t an excuse.

2. The Dallas Cowboys, despite selling massive numbers of tickets, only averaged 90.1% capacity at any given game. This is because their stadium is painfully huge, but the number stands.

3. The Tampa Bay Buccaneers, unsurprisingly, sold an average of 90.6% of their tickets for last season’s home games. I’m willing to bet Jameis Winston will up that number when I write this column next year.

4. The Oakland Raiders averaged 90.9% capacity at their home games in 2014. I’ve been to O.co. I don’t blame people for not buying tickets. No judgement over here.

5. The Washington Redskins, who are still falling apart at the seams apparently, averaged 91.7% capacity during last year’s home games.

6. The Cleveland Browns sold an average of 92.1% of the tickets for their home games last year. I mean, they more or less play in Canada, so this actually isn’t an unimpressive number. I nearly froze to death at their stadium last December, if you recall.

7. The Buffalo Bills, who also practically play in Canada, averaged 92.4% capacity during their home games in 2014.

8. The Miami Dolphins sold an average of 92.7% of the tickets for their home games last year. Maybe those updates to SunLife will help matters…

10. The San Diego Chargers round out today’s top ten, averaging 93.5% of the tickets for their home games sold last year. I blame Qualcomm because it certainly wasn’t the weather keeping people away.