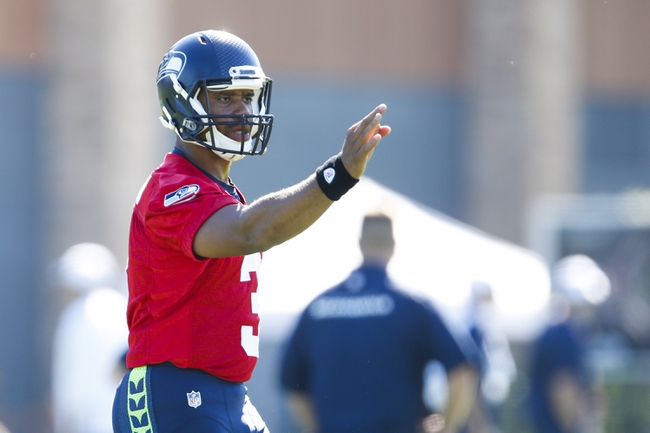 It’s training camp time around the NFL, which means preseason and Week 1 are just around the proverbial corner. Let’s take our daily look at the headlines and see which players are making waves out there right now.

The league has suspended Redskins CB Bashaud Breeland for one game in this upcoming season.
Breeland was cited for marijuana possession last year, and this suspension stems from that incident.

Good news for the Bills: DL Mario Williams was able to practice yesterday after sitting out on the non-football injury list Thursday.

Yesterday’s big news centered around Seahawks QB Russell Wilson, so let’s take a closer look at his new deal.
Wilson’s contract extension will be for four years and worth $87.6 million. It includes around $60 million guaranteed and a $31 million signing bonus.
During his three years with the Seahawks, Wilson has 72 touchdowns and 26 picks. He’s made the Super Bowl in each of the last two seasons.

The Saints’ Marques Colston was able to return to practice yesterday. He had hit the PUP list with a non-disclosed issue earlier this week, but he seems to be fine now.

It’s looking like the Cowboys’ Tony Romo is going to be practicing quite a bit more in the coming days.
Romo will be practicing three days in a row at times during training camp, which seems to be a good sign for his oft-ailing back. Last year, Romo didn’t practice more than two days in a row at any one time.