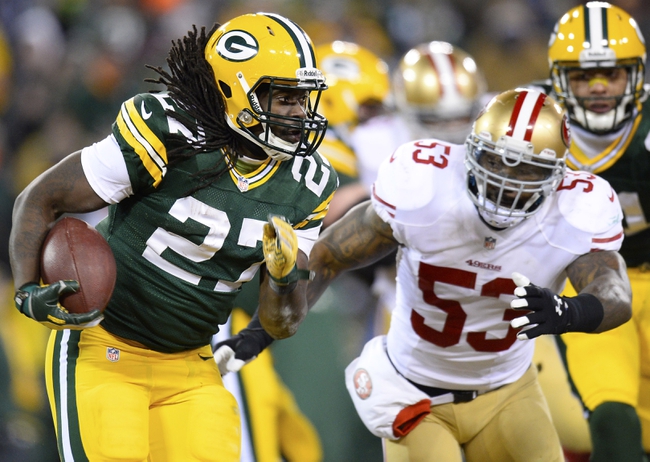 It’s a new NFL week, and with training camps going in full swing around the league, there’s plenty to talk about this morning. That said, let’s check out some of the notable players and situations our there right now.

The 49ers’ NaVorro Bowman passed his conditioning test on Friday and was able to get back to practice this weekend.
Bowman is coming off a knee injury, suffered in the 2013 NFC Championship Game. He missed all of last year as a result. We’ll see how well he bounces back when he gets back to business this season.

The Jets’ Devin Smith was diagnosed with a punctured lung yesterday, in addition to his broken ribs.
Smith sustained the injury on Friday in practice, and it’s unclear whether or not he’ll be able to heal up in time for Week 1.

Bengals fans may need to get used to seeing CB Adam Jones for a long time to come. Jones said yesterday that the team reached out to his agent to discuss a possible contract extension, though nothing is set in stone as of yet.
Jones has been with the Bengals for five years. He’s coming off a 2014 during which he logged 63 tackles and three picks.

Back to the Jets for a moment; let’s take a look at CB Dee Milliner. He was able to practice for the first time in training camp yesterday. He’s making his return after a torn Achilles derailed his 2014 season after just three games.

Bills third-round pick John Miller had to leave practice early yesterday after suffering a bruised ankle.
The good news is that Miller isn’t expected to be sidelined for more than a day or two.

The pick in this article is the opinion of the writer, not a Sports Chat Place site consensus.
Previous Pick
Montreal Alouettes vs. Calgary Stampeders CFL Pick, Odds, Prediction - 8/1/15
Next Pick
NFL News: Player News and Updates for 8/3/15