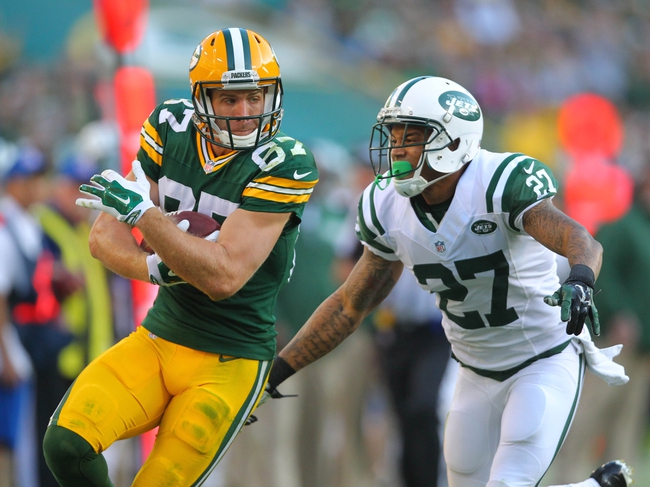 The NFL preseason begins this weekend, and before we know it the regular season will be upon us. That said, let’s check out some of the notable headlines from around the league this morning.

We’d be remiss if we didn’t discuss 49ers LB Aldon Smith’s latest issue, which dominated yesterday’s news headlines.
Smith was arrested late Thursday on DUI, vandalism and hit and run charges, according to police in Santa Clara.
This is just the latest in a long line of off-the-field troubles for the talented San Francisco linebacker. He’s coming off a nine-game suspension last year and was arrested in 2012 for DUI (he also had weapons charges that year).
Following the news, the 49ers released Smith, which isn’t really that surprising.
Smith logged 15 tackles and a pair of sacks in seven games during 2014.

The Patriots’ LeGarrette Blount injured his leg yesterday in practice, ending his day. The good news is that he left the field under his own power.
Blount is likely to be the team’s No. 1 RB this season.

In other AFC East news, the Jets waived backup safety Antonio Allen, who tore his Achilles in practice on Thursday.
Allen is a seventh-round draft pick from 2012, but has been able to work his way into the lineup quite frequently over the last couple of years.

Let’s stick with the Jets for a moment and visit with injured CB Dee Milliner. He’s set to miss a projected 6-8 weeks due to wrist surgery. He hurt himself in practice on Thursday.
Even though Milliner had fallen down the depth chart, this loss (and the Allen loss) is quite a blow to the team’s depth in the secondary.

We got a little Jason Pierre-Paul news yesterday. Giants DL coach Robert Nunn told reporters that the two have had phone conversations, and Pierre-Paul is determined to make a return to the field.
Pierre-Paul is recovering from a July 4 fireworks accident that cost him his right index finger.