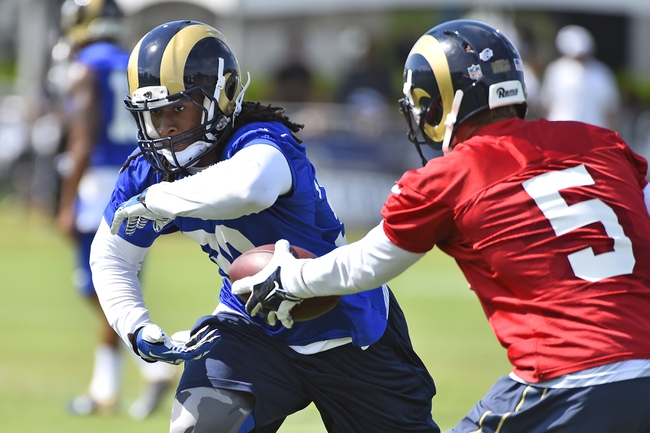 We’re getting another dose of NFL preseason action tonight, so make sure you’ve got your spot on the couch reserved. While we’re waiting on kickoffs, let’s check out the headlines and see what’s happening out there.

It seems we’ll be getting a look at NaVorro Bowman on Saturday, which will be his first action since hurting his knee in the NFC Championship Game.
Bowman will be taking the field in the Niners’ preseason opener in Houston. We’ll see how well he shakes the rust off.

Looks like the Jets are checking every nook and cranny for a potential addition to their quarterback stable in the wake of Geno Smith’s broken jaw.
The team reportedly spoke with the agent for former Jet Michael Vick, but both sides decided that it wasn’t in their best interests for him to come back to the team.
Vick played with the Jets in 2014, starting three games in place of an ineffective Smith.

Last year, the Packers’ Aaron Rodgers sat out the team’s first preseason game. It seems this season will be different, however, as all indications point to him taking the field.
Rodgers said the team would play the starters for “a little while,” indicating that we may get a longer-than-usual look at the first-string offense in this opening preseason game.

The Steelers made a couple of roster moves yesterday. They put injured kicker Shaun Suisham on the reserve/injured list (he’s out for the season with a torn ACL) and reached a deal with veteran WR David Nelson.
Nelson has five years of service in the NFL, logging 138 grabs for 1,530 yards and 10 scores in that span.

The Giants won’t be playing star WR Victor Cruz in their preseason opener tomorrow.
Cruz is coming back from a torn patellar tendon that cost him all but six games in the 2014 season.

In a similar story, the Rams’ Todd Gurley won’t be playing in his team’s preseason opener either.
Gurley is coming off a pretty big knee injury and might not even be ready for Week 1 of the regular season. He’s been practicing, but without any sort of contact or pads.
Gurley was the team’s No. 10 pick and carries some high expectations going into the regular season.

The pick in this article is the opinion of the writer, not a Sports Chat Place site consensus.
Previous Pick
NFL Teams With the Top Ten Most Arrests in Ten Years
Next Pick
Saints vs. Ravens - 8/13/15 NFL Pick, Odds, and Prediction