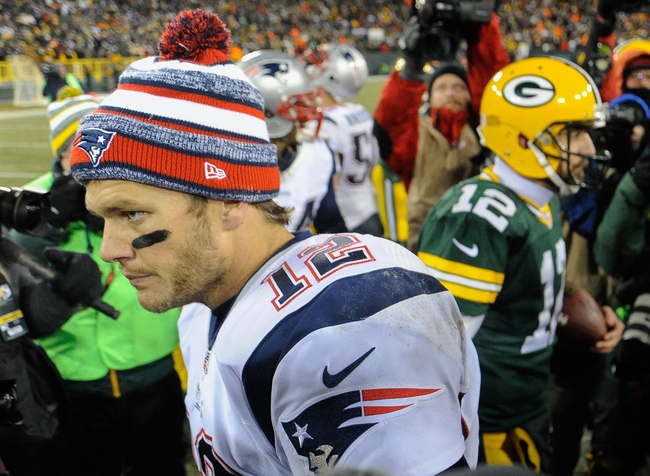 The Green Bay Packers enter the season with goals to get back to the Super Bowl. Of course, the Packers offense needs no introduction and you can expect Aaron Rodgers to play maybe two drives if he’s lucky. You’re going to see a lot of Scott Tolzien, Matt Blanchard and Brett Hundley, a trio of quarterbacks that have combined for 90 NFL pass attempts. There’s still some promising young talent on this offense, including Ty Montgomery, Davante Adams and Richard Rodgers. Defensively, Green Bay is rather healthy but is way too experienced on that side of the ball to see much playing time from the starters as well. Josh Boyd, Sean Richardson and Nick Perry are three backup defensive players the Packers are going to try and find more playing time.

The New England Patriots head into the preseason with questions and they all start at the quarterback position with Tom Brady. Depending on if the suspension sticks or not, you’re going to see a ton of Jimmy Garoppolo and Matt Flynn. Probably more than usual. The Pats have some solid offensive depth at the skill positions including Jonas Gray, Scott Chandler and Brandon Gibson, guys who could provide value this preseason. Defensively, the Patriots lost a lot of veterans and are quite banged up with injuries to Dane Fletcher, Chris Jones and Alan Branch. Bill Belichick is likely going to experiment a lot on this side of the ball, but keep an eye on guys such as Darryl Roberts and Trey Flowers, two rookies who have had their moments during camp.

The Patriots have no choice but to take preseason seriously given the Brady mess. Garoppolo is pretty much going to throw the ball a lot and want to get off to a fast start in hopes of building some confidence. The Packers could care less and are simply waiting for September to get here. Give me the home team.

The pick in this article is the opinion of the writer, not a Sports Chat Place site consensus.
Previous Pick
NFL News: Player News and Updates for 8/13/15
Next Pick
Dolphins vs. Bears - 8/13/15 NFL Pick, Odds, and Prediction