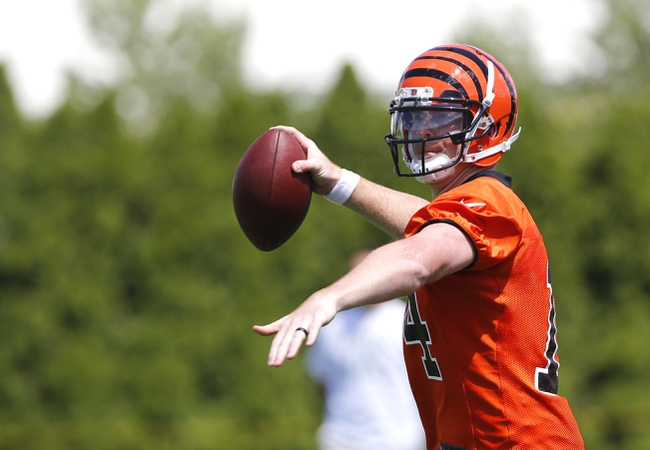 The New York Giants hope to break out of their funk and return to the playoffs for the first time since 2011. It should certainly be fun to see the Giants offense with Victor Cruz and Odell Beckham Jr. on the field at the same time. Throw in Shane Vereen and Rashad Jennings at running back, and Eli Manning really has no more excuses. Ryan Nassib and Ricky Stanzi will still get majority of the reps throughout the game, and you can take that however you like. Defensively, the Giants will continue to be without the injured Jason Pierre-Paul, but a secondary of Dominique Rodgers-Cromartie, Landon Collins and Prince Amukamara is quite impressive. I also look for Jay Bromley and Owa Odighizuwa to turn some heads along the defensive line.

The Cincinnati Bengals look to reach the playoffs for a fifth straight season. There’s really no questions with the Bengals offense, as Andy Dalton is still the starting QB for better or for worse, A.J. Green is an elite target and a running back tandem of Jeremy Hill and Giovani Bernard will be on of the best in the league. It now comes down to who wins the backup QB job, and you can expect to see a lot of AJ McCarron and Josh Johnson in this matchup to help settle that question. Defensively, the Bengals should be a lot better than what they were last season, but it’s hard to improve during the offseason when Rey Maualuga, Vontaze Burfict and Sean Porter are all banged up. Still, we’ll get to see A.J. Hawk in a Cincy uniform and Dre Kirkpatrick should be ready to take that next step as he enters his fourth season.

I like the Bengals quarterback depth far more than the Giants, as McCarron is a solid game manager and Johnson has actually played during regular season games. I don't trust Nassib or Stanzi at all even against a second or third defense. Give me Cincy for the preseason victory.

The pick in this article is the opinion of the writer, not a Sports Chat Place site consensus.
Previous Pick
Titans vs. Falcons - 8/14/15 NFL Pick, Odds, and Prediction
Next Pick
Toronto Argonauts vs. Winnipeg Blue Bombers CFL Pick, Odds, Prediction - 8/14/15