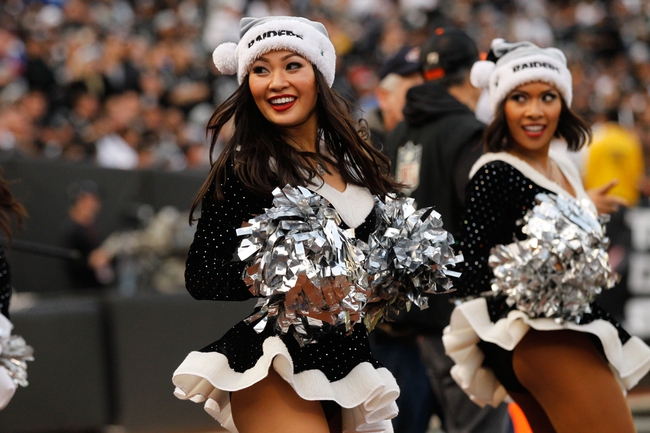 The St. Louis Rams and Oakland Raiders meet Friday night in the preseason at O.co Coliseum.

The St. Louis Rams have combined for 20 wins the last three years and hope to take a step forward. For once, the Rams have a healthy quarterback in Nick Foles, and a lot of promising young weapons in Todd Gurley, Brian Quick, Stedman Bailey and Kenny Britt. Add in Tre Mason, and the Rams offense is starting to cook with some gas for the first time in a while. Now it’s a matter of deciding on a backup QB, as Case Keenum, Austin Davis and Sean Mannion is actually decent depth at the position. Defensively, the Rams are healthy and ready to go behind a scary defensive line led by Aaron Donald and Robert Quinn. Seeing Nick Fairley and Mark Barron against a second-team offense isn’t going to be fair.

The Oakland Raiders are feeling quite positive heading into the season despite not making the playoffs since 2002. Derek Carr looks like the real deal at quarterback, while Michael Crabtree and Amari Cooper provide a solid 1-2 punch at wide receiver. Now the Raiders just need to find a little depth at the skill positions and they’ll have something that could last a long time. Christian Ponder and Matt McGloin will see a lot of reps for the backup quarterback job, a duo that’s combined for nearly 1,300 regular season pass attempts. Defensively, a front seven that includes Mario Edwards Jr., Khalil Mack and Justin Tuck gives Oakland something to work with for sure. I’m now looking for that depth, which will include young guns such as Ben Heeney, Keith McGill and Neiko Thorpe.

You guys know I'm all about quarterback depth in preseason games, and the Raiders have two guys who actully started multiple regular season games in their career. St. Louis has Keenum, but he failed when given a shot to be a starter. I like the Raiders at home in a pick em preseason game.

The pick in this article is the opinion of the writer, not a Sports Chat Place site consensus.
Previous Pick
Toronto Argonauts vs. Winnipeg Blue Bombers CFL Pick, Odds, Prediction - 8/14/15
Next Pick
NFL News: Player News and Updates for 8/15/15