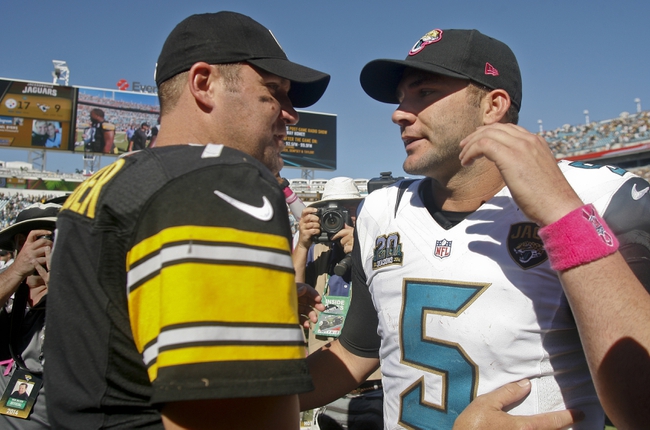 The Pittsburgh Steelers are coming off a Sunday preseason loss to the Minnesota Vikings, 14-3. Landry Jones played the entire game, throwing 32 passes for 135 yards, zero touchdowns and zero interceptions. Ben Roethlisberger is likely going to see some playing time in this matchup, but don’t expect anything huge. Le'Veon Bell and Antonio Brown are two other offensive starters who should see some time after sitting out the Hall of Fame game. Pittsburgh looks to have something special in Dri Archer, who caught six passes for 33 yards and rushed for 24 yards on four carries. Defensively, Ryan Shazier led the Steelers with five tackles, Kevin Fogg had a pass deflection and Ethan Hemer had the team’s lone sack.

The Jacksonville Jaguars have combined for just nine wins the last three years and hope to take a big step forward. Blake Bortles returns for his second season and has a new weapon in tight end Julius Thomas. Bortles is one of the few QB starters who still has his work cut out for him, so I expect him to see a lot of reps. Chad Henne is the Jags backup and should see majority of the snaps in the second half. Rookie running back T.J. Yeldon has a chance to earn some serious carries this preseason. Defensively, Jacksonville has a lot of moving parts and guys who need to earn their keep. Aaron Colvin, Josh Evans and Andre Branch are some of the defensive names to watch this preseason.

Jacksonville is not only at home, but is playing a Pittsburgh team that just played Sunday and looked like flat out garbage. The Steelers starters also aren't going to make that big of a difference. I like this young Jags team in a pick em contest.

The pick in this article is the opinion of the writer, not a Sports Chat Place site consensus.
Previous Pick
Titans vs. Falcons - 8/14/15 NFL Pick, Odds, and Prediction
Next Pick
Toronto Argonauts vs. Winnipeg Blue Bombers CFL Pick, Odds, Prediction - 8/14/15