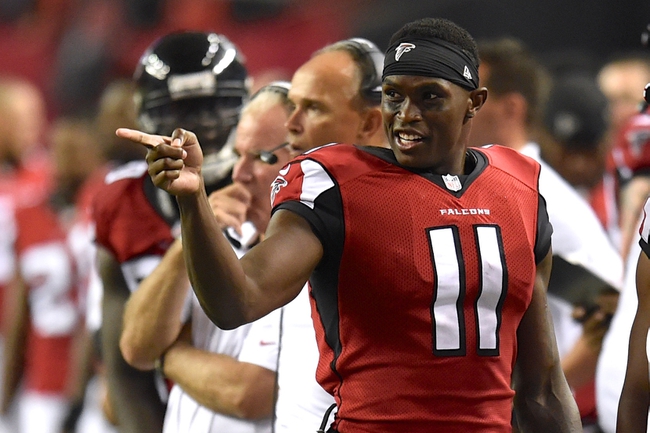 The Tennessee Titans and Atlanta Falcons square off Friday night in preseason ball at the Georgia Dome.

The Tennessee Titans hope they can take another step forward this season with a young but promising roster. Of course, the Titans want to get a strong and long look at rookie QB Marcus Mariota, who will be the starter come the regular season. The Titans also have some other intriguing players on the offensive side including rookie running back David Cobb and wide receiver Dorial Green-Beckham. Zach Mettenberger and Charlie Whitehurst will battle it out for the backup quarterback position. Defensively, the Titans really have no where to go but up after last season’s efforts. However, the addition of Brian Orakpo and Perrish Cox should help things improve. Jonathan Massaquoi and Deiontrez Mount are two defensive players to watch who may surprise.

The Atlanta Falcons look to rebound after combining for just 10 wins their last two seasons. With players like Matt Ryan, Roddy White and Julio Jones on the offensive side, there’s no reason why Atlanta shouldn’t put up points. With injuries to Devonta Freeman and Tevin Coleman, the Falcons are extremely thin right now at running back. T.J. Yates and Sean Renfree will battle it out for the backup QB position. Defensively, the Falcons allowed more yards last season than any other team in the NFL, so everybody should have a point to prove. It will be fun to watch rookie Vic Beasley in action and Robert Alford has potential to be a great cornerback. Ra'Shede Hageman and Jalen Collins are two defensive players who can make a move up the depth chart.

The Falcons pretty much don't have any healthy running backs, which is going to put a lot of pressure on questionable backup quarterbacks. Uh, that doesn't sound good. I like Mariota, and Metternberger and Whitehurst have starting experience. I like the value of the points here with the Titans.

The pick in this article is the opinion of the writer, not a Sports Chat Place site consensus.
Previous Pick
NFL News: Player News and Updates for 8/14/15
Next Pick
Giants vs. Bengals - 8/14/15 NFL Pick, Odds, and Prediction