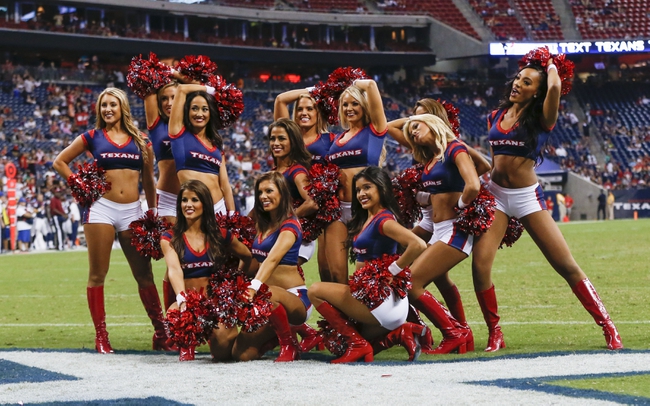 The San Francisco 49ers and Houston Texans meet Saturday night for a preseason matchup at the NRG Stadium.

The San Francisco 49ers head into the preseason as a big question mark with several players being released or retiring. The release of Aldon Smith is just the most recent incident involving the 49ers. The good news for San Fran is that Colin Kaepernick returns at quarterback and the addition of Torrey Smith is going to take a lot of pressure off of Anquan Boldin. Reggie Bush as the backup running back also provides a solid 1-2 punch with Carlos Hyde getting the other half of the touches. Blaine Gabbert pretty much has the backup QB job wrapped up and will get a lot of reps this game. Defensively, the 49ers have a lot of guys who have to prove themselves after losing so much talent. I expect Glenn Dorsey and Aaron Lynch to take on that challenge and really step up.

The Houston Texans look to get back to the playoffs after falling short the last two seasons. Brian Hoyer possibly has the starting quarterback job wrapped up, but there is an interesting backup battle going on between Ryan Mallett and Tom Savage. The Texans also have running back questions with the injury to Arian Foster, which opens up carries for Alfred Blue and Jonathan Grimes. The addition of wide receiver Cecil Shorts III helps a ton. Defensively, the Texans added a few solid pieces including Vince Wilfork, but it’s all about adding depth these next few weeks. Guys I’m keeping a close eye on include Kevin Johnson, A.J. Bouye and Jeoffrey Pagan.

I'm all about quarterback depth in the preseason, and the Texans have two guys who can start for teams right now. Also, Savage isn't half bad himself. I like the Texans to win this game rather easily.

The pick in this article is the opinion of the writer, not a Sports Chat Place site consensus.
Previous Pick
BC Lions vs. Hamilton Tiger-Cats CFL Pick, Odds, Prediction - 8/15/15
Next Pick
Chiefs vs. Cardinals - 8/15/15 NFL Pick, Odds, and Prediction