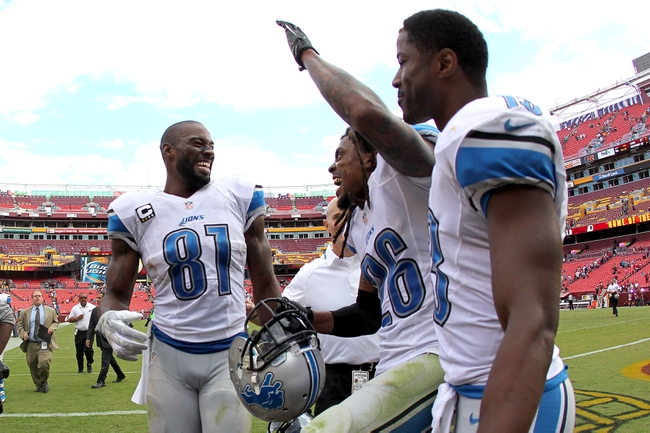 The Lions and Redskins meet up in Washington on Thursday as both teams get prepared for the upcoming NFL season.

The Detroit Lions have been a polarizing team amongst NFL prognosticators this off season as some have them finishing in the basement of the NFC North thanks in large part to the loss of Suh while others think the Leos won't skip a beat and can contend with the Packers for the division crown. Detroit has been a team on the rise for the last five or six years but haven't been able to make the jump into elite contender status and now it looks like their time has passed as guys are getting older and they have some gaping holes in their roster. Nonetheless, Calvin Johnson is still the premier pass catcher in the NFL and Matt Stafford has put up silly numbers over the years and so long as those two are on the same page they will give the Lions a chance to win every week. As for Thursday night's game, Detroit could use this game as a show case for some of their young players to get involved while at the same time allowing guys like Johnson and Golden Tate an opportunity to get in meaningful snaps.

The Skins meanwhile head into a pivotal season in their franchise's history as it could be a make or break season for head coach Jay Gruden as well as “franchise” quarterback Robert Griffin. Washington has come under fire in the last couple of years due to their team moniker but it is becoming much more than that as they have become the laughing stock of the NFC East and their highly profiled quarterback carousel isn't helping matters. Griffin and Kirk Cousins will be competing for snaps and so long RG3 is healthy you have to think it is his team but with Gruden coming out and questioning his talent level it could make for another huge headache this season and leave the Skins in a tough spot. However, I do think they're in a good spot here as they host a Lions team going through some growing pains and with the quarterback battle taking centre stage I think the Skins get the victory.

The pick in this article is the opinion of the writer, not a Sports Chat Place site consensus.
Previous Pick
Montreal Alouettes vs. BC Lions CFL Pick, Odds, Prediction - 8/20/15
Next Pick
Bills vs. Browns - 8/20/15 NFL Pick, Odds, and Prediction