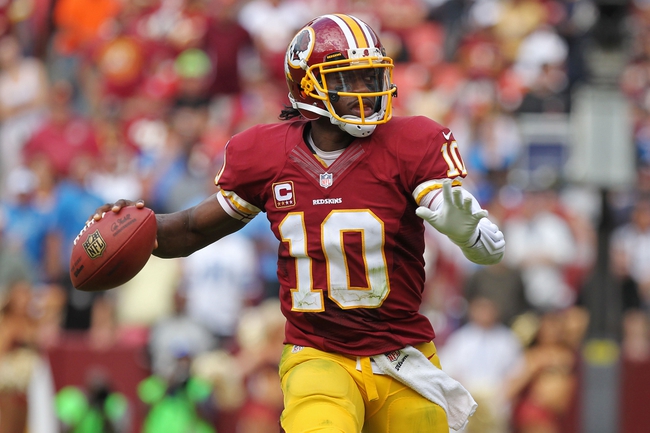 The Detroit Lions beat up the New York Jets in their first preseason game by winning 23-3. Dan Orlovsky led the charge with 96 passing yards and a touchdown and Matthew Stafford had a touchdown on two pass attempts. You can expect Orlovsky and Kellen Moore to get majority of the reps once again. Rookie Ameer Abdullah impressed with 67 rushing yards on seven carries and Greg Salas had 92 receiving yards on five receptions. Overall, the Lions may have had the most impressive preseason game of week 1. Defensively, Travis Lewis led Detroit with five tackles, Jermelle Cudjo had a tackle for loss and Darius Slay had a pass deflection. Haloti Ngata may make his Lions’ debut for this game if his hamstring is feeling better.

The Washington Redskins are coming off a 20-17 victory over the Cleveland Browns. Kirk Cousins led the charge with 154 passing yards on 14 pass attempts and Robert Griffin completed 50 percent of his passes for 36 yards. We need to see more from Griffin in order to convince everybody he’s going to be a reliable quarterback come the regular season. RG3 should throw more than eight passes in this game. Alfred Morris had 42 rushing yards on eight carries and Andre Roberts had 71 receiving yards on four receptions. Defensively, Preston Smith led Washington with two tackles for loss, Terrance Plummer had six tackles and Houston Bates had two sacks. The Redskins injury list is quite lengthy, especially on the defensive side, so players will have plenty of reps to prove themselves.

The Lions won't be so lucky this time, as they'll actually play a team with actual QB depth. I like the Redskins in this spot.

The pick in this article is the opinion of the writer, not a Sports Chat Place site consensus.
Previous Pick
Montreal Alouettes vs. BC Lions CFL Pick, Odds, Prediction - 8/20/15
Next Pick
Bills vs. Browns - 8/20/15 NFL Pick, Odds, and Prediction