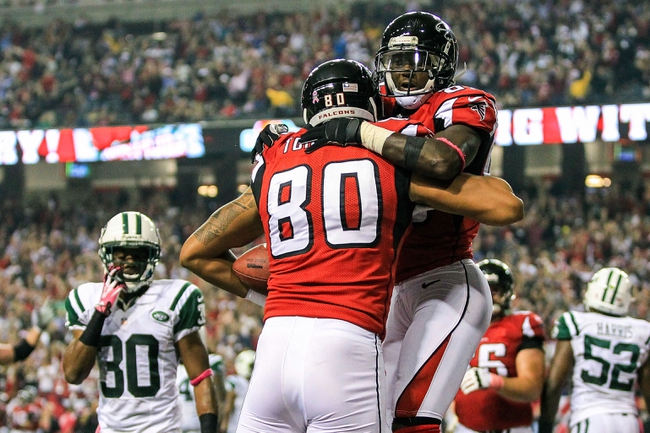 The Atlanta Falcons are coming off a preseason win over the Tennessee Titans, 31-24. T.J. Yates led Atlanta with 105 passing yards while Matt Ryan completed 100 percent of his passes and had a touchdown pass. Yates will continue to get the bulk of the reps at the backup quarterback. Jerome Smith had 25 rushing yards on seven carries and Julio Jones had 61 receiving yards and a touchdown on four receptions. The Falcons will likely look to get their ground game going in this matchup, especially with a recent hamstring injury taking place to Antone Smith. Defensively, Derek Akunne led the Falcons with eight tackles, Tyler Starr had two tackles for loss and Tyson Jackson had one of the team’s two sacks.

The New York Jets are coming off a brutal loss to the Detroit Lions, 23-3. Bryce Petty threw for 50 yards on 18 pass attempts and Ryan Fitzpatrick had 16 passing yards and three throws. The Jets clearly need to get more production out of the quarterback spot with Geno Smith sidelined for the near future. I expect Fitzpatrick to get a far heavier workload in this matchup as he gets ready for the regular season opener. Bilal Powell led the Jets with 35 rushing yards on eight carries while Walter Powell had 13 receiving yards on two catches. The Jets had nothing going offensively and need to sow something heading into this match if they’re going to put the fans at ease. Defensively, Joe Mays led New York with eight tackles, Marcus Williams had two pass deflections and Deon Simon had the team’s lone sack.

The pick in this article is the opinion of the writer, not a Sports Chat Place site consensus.
Previous Pick
Top Ten Worst 2015 NFL Offseason Injuries
Next Pick
Seahawks vs. Chiefs - 8/21/15 NFL Pick, Odds, and Prediction