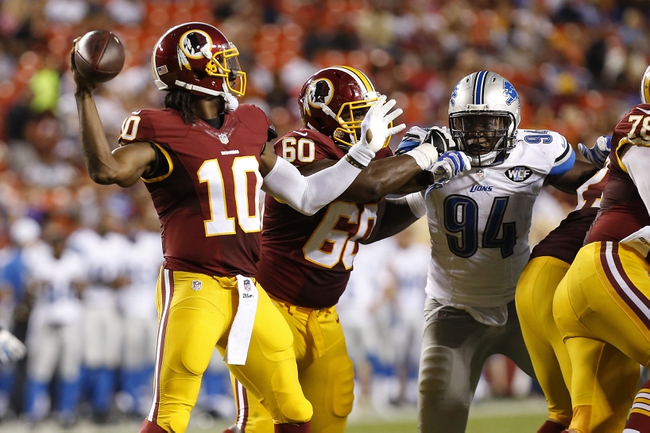 We’ve got another dose of Week 2 preseason games coming in the NFL tonight, so there’s lots to look forward to. In the meantime, let’s check out some of the headlines everyone’s talking about this morning.

Jets fans will want to pay close attention to No. 2 WR Eric Decker in these last few preseason games. Decker may end up moving to the inside as a slot receiver in an effort to maximize his talents, according to sources close to the team.
Decker has been playing inside quite a bit during practice, which probably means the team will try to utilize him in that capacity during meaningful games.
We’ll get our next look tonight.

The Panthers will be down another wide receiver in tomorrow’s second preseason game. Rookie WR Devin Funchess will be out of action for that one.
Funchess is fighting off a hamstring injury, and his absence is being categorized as a precautionary measure. That’s understandable due to the fact that Kelvin Benjamin is now lost for the season due to a knee injury. We could see a lot more out of Funchess for that reason.

Now that superstar RB DeMarco Murray has bolted for Philly, it’ll be interesting to see the RB dynamic in the Cowboys’ backfield.
Dallas’ Darren McFadden said this week that the team is planning on him splitting carries with Joseph Randle.
Depending on how well it goes. McFadden and Randle could equate to a potent 1-2 punch for the Cowboys. Of course, McFadden has to stay healthy; he’s already been battling a hamstring injury this preseason.
As for Randle, he tweaked his oblique early in practice yesterday, which was an aggravation of an injury he sustained last week. We’ll see how long that keeps him out.

The Redskins’ Robert Griffin III has a concussion and a shoulder stinger, the team confirmed yesterday.
Griffin was injured in last night’s preseason game. He’ll have to undergo the league’s concussion protocol before he returns.