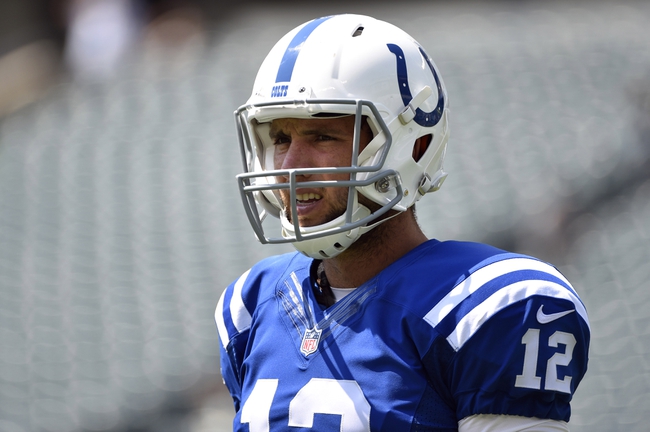 The Chicago Bears are coming off a 27-10 victory over the Miami Dolphins, a game in which they dominated the second half. Jimmy Clausen completed 17 of 27 passes for 151 yards and Jay Cutler threw just seven passes for 42 yards. I expect Cutler to see a few more reps than he did the first game, as he didn’t look great against Miami. Senorise Perry led Chicago with 89 rushing yards and a touchdown while Cameron Meredith had 47 receiving yards on four receptions. The Bears skill position players will have more chances to prove themselves with injuries to Kevin White and Alshon Jeffery. Defensively, Sherrick McManis led Chicago with four tackles, Cornelius Washington had a tackle for loss and Sam Acho had the team’s lone sack.

The Indianapolis Colts are coming off a 36-10 loss to the Philadelphia Eagles. Matt Hasselbeck led Indy with 72 passing yards and Andrew Luck completed five of six passes for 43 yards. I expect Luck to play the same number of reps, as he’s already well established with the current offense, meaning you’re getting a lot of old-man-Hasselbeck. Josh Robinson led the way with 44 rushing yards and a touchdown while rookie Phillip Dorsett had 51 receiving yards on four receptions. Defensively, Amarlo Herrera led the Colts with five tackles, Junior Sylvestre had two sacks and Kelcy Quarles had two tackles for loss. The Colts have questions on defense, especially with injuries to Tevin Mitchel, D'Joun Smith and Robert Mathis. Other guys have to step up to put Colts’ fans at ease once the regular season begins.

While the Bears backups won the game last week, the Colts have to be eager to to bounce back after being blown out in the preseason opener. Give me the Colts at home.