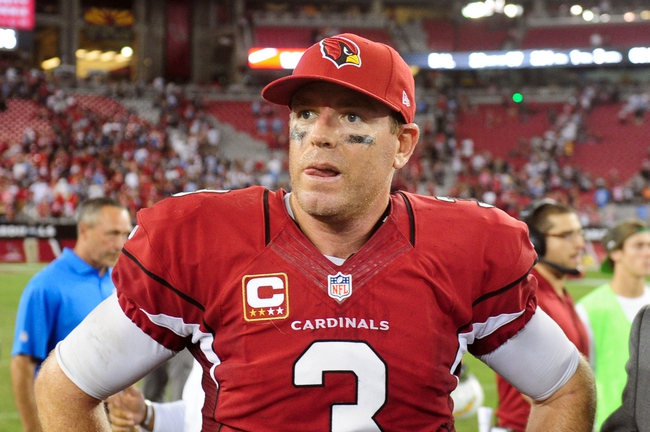 The San Diego Chargers and Arizona Cardinals play Saturday preseason ball at U of Phoenix Stadium.

The San Diego Chargers are coming off a 17-7 victory over the Dallas Cowboys. Kellen Clemens completed 50 percent of his passes for 31 yards while Philip Rivers completed two passes for 10 yards. The Chargers got almost nothing from the quarterback position, as nobody threw a touchdown and they had just 63 yards on 11 completions. Branden Oliver led San Diego with 53 rushing yards and a touchdown on 10 carries while Dontrelle Inman had two receptions for 15 yards. Defensively, Jahleel Addae led San Diego with five tackles, Cordarro Law had two tackles for loss and Kyle Emanuel had a sack. The Chargers defense was extremely impressive, which included forcing two turnovers and coming away with five tackles for loss.

The Arizona Cardinals are coming off a 34-19 loss to the Kansas City Chiefs. Logan Thomas threw for 108 yards and an interception on 15 passes while Carson Palmer completed all four of his passes for 77 yards. Phillip Sims had Arizona's only passing touchdown but Thomas made a strong early case to become the backup quarterback. Kerwynn Williams led the Cards with 20 rushing yards on seven carries and Andre Ellington had 59 receiving yards on two receptions. Defensively, Jimmy Legree led Arizona with seven tackles, Justin Bethel had a pass deflection and Rodney Gunter had the team’s lone sack. The Cardinals defense should be eager to redeem itself after allowing 370 yards total and 31 points in the second and third quarter.

I see this being a break out preseason for Thomas, who has a shot to become the second-string option behind Palmer. In a toss-up game, I like the Cardinals to take this matchup due to the quarterback depth.

The pick in this article is the opinion of the writer, not a Sports Chat Place site consensus.
Previous Pick
Raiders vs. Vikings - 8/22/15 NFL Pick, Odds, and Prediction
Next Pick
Ottawa Redblacks vs. Toronto Argonauts CFL Pick, Odds, Prediction - 8/23/15