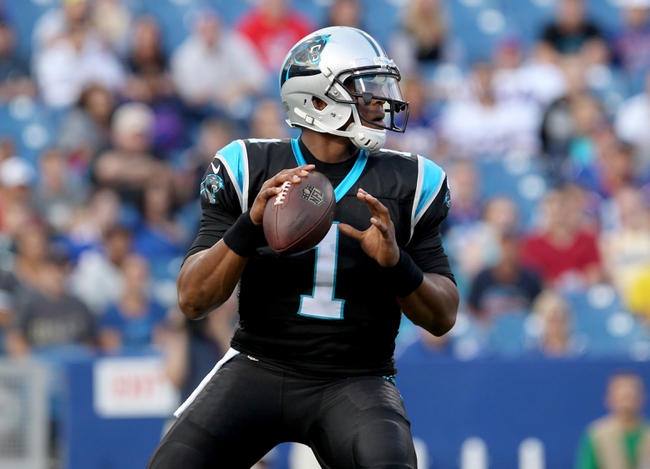 The Miami Dolphins and Carolina Panthers play a preseason game Saturday at the Bank of America Stadium.

The Miami Dolphins are coming off a 27-10 preseason loss to the Chicago Bears. Ryan Tannehill completed six of his seven passes for a touchdown, but Josh Freeman and McLeod Bethel-Thompson combined for three interceptions. The Dolphins first-team offense played extremely well, but the backups doomed any chance for a victory. Tannehill and Matt Moore could be the only quarterbacks kept on the roster if the other guys play like they did last week. Lamar Miller led the way with 32 rushing yards on three carries and Cobi Hamilton had 49 receiving yards on four receptions. Defensively, Zack Bowman led Miami with five tackles, Jelani Jenkins had a tackle for loss and Zach Vigil had the team’s lone sack.

The Carolina Panthers are coming off a 25-24 victory over the Buffalo Bills. Cam Newton completed 50 percent of his passes for a touchdown while Joe Webb and Derek Anderson each had a passing touchdown as well. The Panthers quarterback play was possibly the best of any team in the first week of the preseason. Two rookies in Cameron Artis-Payne led the way with 24 rushing yards on eight carries and Devin Funchess had 53 receiving yards on two receptions. Defensively, Adarius Glanton led Carolina with 10 tackles, A.J. Klein had a tackle for loss and Rakim Cox had a sack. The Panthers are still looking to get back key defensive players from injury, including Shaq Thompson and Star Lotulelei.

Judging by the way the backups played last week, the Panthers have to be the pick here. The Dolphins were brutal once their starters left the field.

The pick in this article is the opinion of the writer, not a Sports Chat Place site consensus.
Previous Pick
Top Ten Highest Paid NFL Players in 2015
Next Pick
Bears vs. Colts - 8/22/15 NFL Pick, Odds, and Prediction