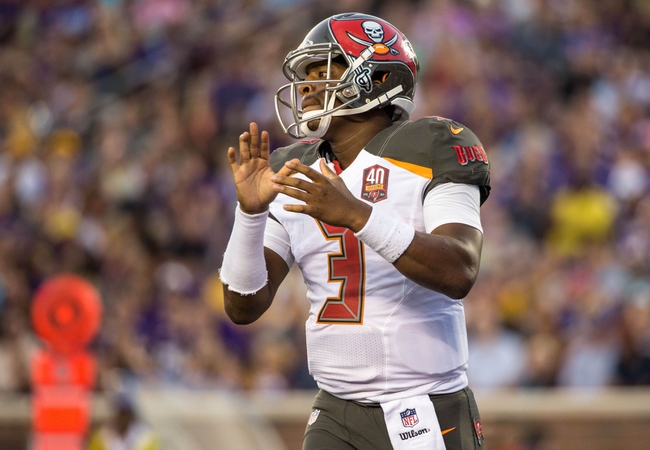 The Cincinnati Bengals are coming off a 23-10 preseason loss to the New York Giants. Josh Johnson completed 11 of 21 passes for 175 yards while Andy Dalton completed all three of his pass attempts and had a touchdown. Johnson will continue to get the bulk of the backup reps, and his 8.3 yards per pass was very encouraging heading into this game. James Wilder Jr. led the Bengals with 53 rushing yards and a touchdown while Greg Little had 65 receiving yards on three receptions. Defensively, Nico Johnson led Cincy with 10 tackles, Troy Hill had two pass deflections and Marcus Hardison had a sack. The Bengals defense had eight pass deflections and pitched a shutout in three of the four quarters.

The Tampa Bay Buccaneers look to rebound after their 26-16 loss to the Minnesota Vikings. Jameis Winston completed nine of 19 passes for 131 yards and an interception while Mike Glennon had 98 passing yards on nine completions. Winston will continue to get a ton of reps given that he’s the starting quarterback of the regular season. Winston eased into the game well and should be better with a game under his belt. Bobby Rainey led Tampa Bay with 20 rushing yards on five carries while Louis Murphy had 54 receiving yards on four receptions. Defensively, Khaseem Greene led Tampa Bay with five tackles, William Gholston had a tackle for loss and Henry Melton had the team’s lone sack. The Buccaneers had six tackles for loss and allowed just three second half points.

I like Winston's potential and think he ends up having a breakout preseason performance at home. I'm not thrilled with the Bengals depth. Give me Tampa and the tiny chalk.

The pick in this article is the opinion of the writer, not a Sports Chat Place site consensus.
Previous Pick
Packers vs. Steelers - 8/23/15 NFL Pick, Odds, and Prediction
Next Pick
Top Ten Worst 2015 NFL Preseason Week 2 Injuries