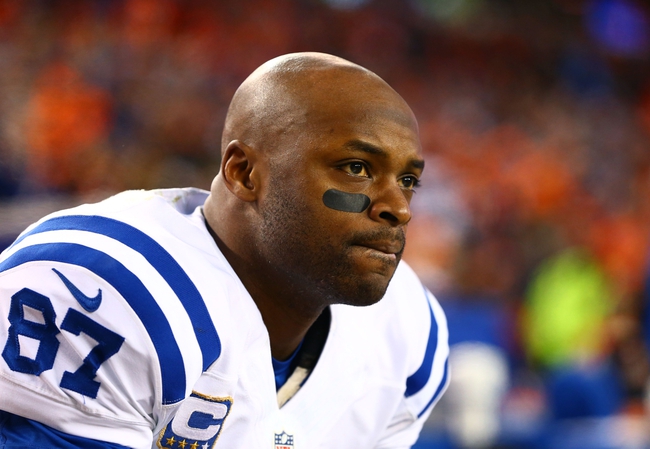 We’ve seen lots of interesting NFL news already this week, and we’re only a few days in. Let’s check out the headlines in our daily wrap-up to see which players everyone’s talking about right now.

The Ravens’ Lorenzo Taliaferro is going to be out of action for at least a few weeks, thanks to an MCL injury.
Taliaferro already has a history with injuries in his NFL tenure. He was only able to play in 13 games during 2014.

It looks like Reggie Wayne is going to be a Patriot. He and the team agreed to terms yesterday on a one-year deal.
Wayne is coming off a 14-year stint with the Colts and is seventh on the career receptions list in the history of the NFL. He also has 14,345 receiving yards and 82 touchdowns.

The Bears got some bad news concerning DE Jeremiah Ratliff yesterday. He’s been suspended for three games for violating the league’s policy on substance abuse.
Ratliff pleaded guilty to a DWI charge back in April. That incident stemmed from 2013 when he was arrested for crashing into an 18-wheeler with a blood-alcohol level at more than twice the legal limit.

It looks like the Packers’ Jordy Nelson is indeed going to be out of action for the entire season, which brings the team’s worst fears to life.
Nelson suffered a knee injury during Sunday’s game during a non-contact play.

The Browns’ Johnny Manziel made some news yesterday. He was unable to do any throwing at practice due to elbow soreness.
Manziel’s injury reportedly comes due to his throwing motion, but the team doesn’t seem concerned about the potential for a long-term injury problem.

The pick in this article is the opinion of the writer, not a Sports Chat Place site consensus.
Previous Pick
Bengals vs. Buccaneers - 8/24/15 NFL Pick, Odds, and Prediction
Next Pick
NFL News: Player News and Updates for 8/26/15