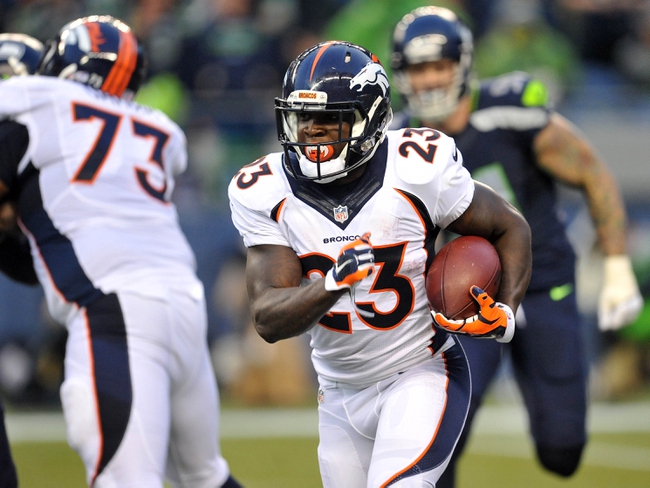 Week 3 of the 2015 NFL preseason will commence on Friday, but in the meantime we’ve got plenty to talk about when it comes to news from around the league. Let’s check out the headlines in our daily wrap-up.

The Colts’ Robert Mathis was activated from the PUP list yesterday. He’ll now be able to practice for the first time.
Mathis still has some work to do before he gets himself back up to speed. The team said recently that they were looking at a return late next month or in early October.

Speaking of injuries, the Giants’ Victor Cruz may be finished for the rest of the preseason thanks to his.
Cruz is currently listed as day-to-day with a calf injury, and it’s possible that he could miss out on Saturday’s game against the intra-city rival Jets.
Cruz is also coming off a big knee injury. The good news is that he’s still projected to be back in time for Week 1 against Dallas.

It looks like the Broncos could have themselves quite a running game this season to complement Petyton Manning’s arm.
Third-string RB Ronnie Hillman is in line for more carries thanks to a strong preseason showing thus far. He’s carrying an average of 7.5 YPC with 120 yards on 16 carries in the Broncos’ two games.
Hillman is coming off a Lisfranc injury last year and is currently listed behind both C.J. Anderson and Montee Ball on the depth chart.

The Steelers inked up free agent QB Michael Vick yesterday, placing Bruce Gradkowski on IR in the meantime.
Gradkowski has a dislocated finger in his left hand, which led to the signing.

The Cowboys got some bad news late last night. CB Orlando Scandrick will miss the entire 2015 season after suffering a torn right ACL.
Scandrick was injured in yesterday’s practice.