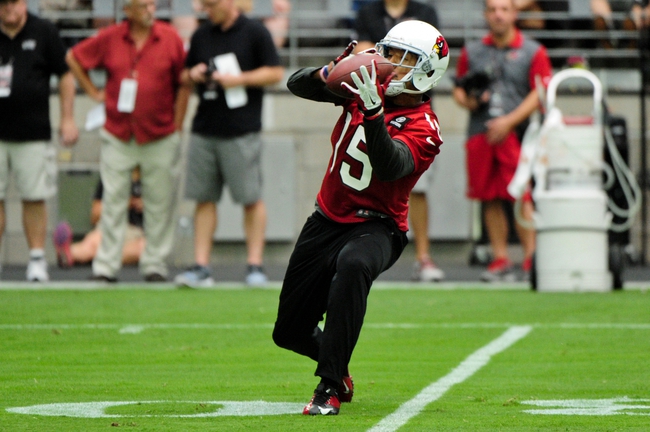 It’s been a pretty busy week when it comes to NFL news, and that trend continues this morning. Let’s check out what’s happening around the league in our daily wrap-up.

The Browns got some good news on QB Johnny Manziel yesterday. He’d been experiencing some soreness in his elbow (due to his throwing motion), but an MRI revealed no structural damage.
Manziel didn’t do any throwing yesterday; he’s currently resting up in an effort to minimize aggravation. He’ll likely sit out of the Browns’ preseason game on Saturday.

Cardinals WR Michael Floyd doesn’t have an official timetable for his return from three dislocated fingers, but the coaching staff remains confident that he could be healthy by the time the season opens on September 13.
Floyd hurt himself early this month and has been sitting out since then. He’s coming off a big 2014 as the Cards’ leading receiver, posting 841 yards on 47 catches for a 17.9 YPC average.

Another player who could potentially be out there for the season opener is the Texans’ Jadeveon Clowney.
Clowney had micro fracture surgery on his knee back in December, and the team maintains that he should be able to play in Week 1. We’ll see if he sticks to his timeline over these last couple of weeks.

The Broncos solidified their place-kicker role yesterday, releasing Connor Barth. That means Brandon McManus will be the team’s kicker.
Barth and McManus have been battling for the starter job since around the middle of last season. The team attributed McManus’ struggles to him being a rookie in 2014 and looks for him to improve on field goals in 2015.

The pick in this article is the opinion of the writer, not a Sports Chat Place site consensus.
Previous Pick
NFL News: Player News and Updates for 8/26/15
Next Pick
Montreal Alouettes vs. Hamilton Tiger-Cats CFL Pick, Odds, Prediction - 8/27/15