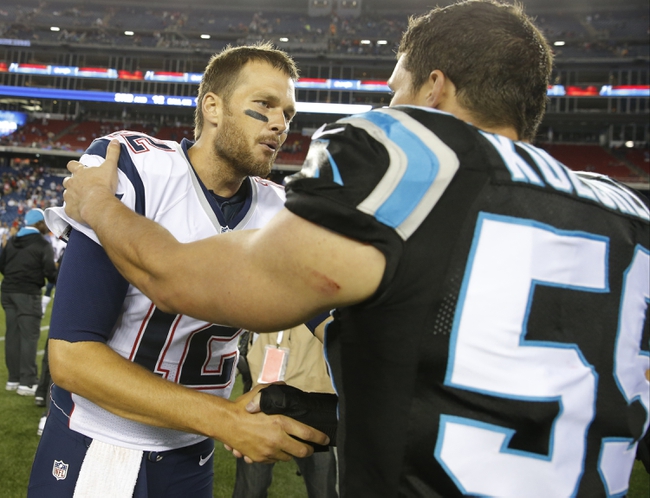 The New England Patriots are 1-1 in preseason play and are coming off a win over the New Orleans Saints. Jimmy Garoppolo has thrown 63 passes for one touchdown and two interceptions. Tom Brady has thrown just nine passes and with him facing a suspension, you can continue to expect Garoppolo to get the bulk of the reps in these final contests. Chris Harper has combined for 117 receiving yards and a touchdown, while Jonas Gray has 96 rushing yards and a touchdown. Defensively, James Morris has 11 tackles, Jonathan Freeny has three tackles for loss and Bradley Fletcher has a pass deflection. The Patriots defense has produced four sacks and allowed just 16 second half points.

The Carolina Panthers are off to a 2-0 start and are coming off a win over the Miami Dolphins. Cam Newton has thrown 20 passes for a touchdown and an interception, while Joe Webb has thrown a touchdown in each contest. Expect to see Newton to see more reps in this game, especially as he tries to find more weapons with Kelvin Benjamin injured. Rookie Cameron Artis-Payne has led the charge with 57 rushing yards and Mike Brown is coming off a 58 receiving yards performance. A.J. Klein has racked up 13 tackles, Arthur Miley has three tackles for loss and Josh Norman has a pass deflection. Defensively, the Panthers have produced four sacks and 54 points in their first two games.

The pick in this article is the opinion of the writer, not a Sports Chat Place site consensus.
Previous Pick
Top Ten Biggest NFL Cap Hits of 2015
Next Pick
Lions vs. Jaguars - 8/28/15 NFL Pick, Odds, and Prediction