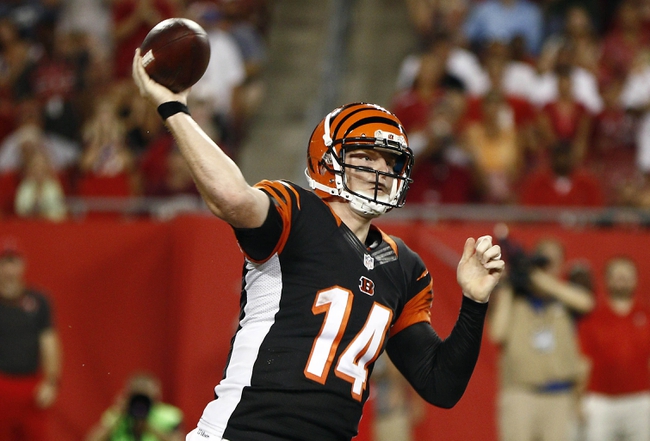 The Chicago Bears are 2-0 in preseason play and are coming off a win over the Indianapolis Colts. Jay Cutler has thrown 16 passes and should get the bulk of the reps in this contest with the season opener soon ahead. Backups Jimmy Clausen and David Fales have combined for one touchdown and one interception. Jeremy Langford has rushed for 81 yards and a touchdown while Martellus Bennett has 49 receiving yards on four receptions. The Bears ground game has averaged more than four yards per carry in both games. Defensively, the Bears have produced five sacks and have allowed zero second half points. Mason Foster has seven tackles, Pernell McPhee has one sack and David Bass has a pass deflection.

The Cincinnati Bengals are 1-1 in preseason play and are coming off a loss to the Tampa Bay Buccaneers. Andy Dalton has thrown 16 passes and is coming off a game in which he threw two interceptions. Dalton seeing the bulk of the reps could be scary given what we just saw. Backups Josh Johnson and AJ McCarron have combined for more than 200 passing yards. Jeremy Hill has 31 rushing yards in limited time and Jake Kumerow has 46 receiving yards on four catches. Defensively, the Bengals have racked up six sacks and allowed two second half points. Shiloh Keo has 10 tackles, Chris Carter has 1.5 sacks and Troy Hill has two pass deflections.

We have two of the most overhyped starting quarterbacks likely playing the entire first half of this game. Can you say ugly? Anyway, the Bears backups have played very well and led Chicago to two victories. The Bengals have looked very bad at times in the preseason. Give me the free points.