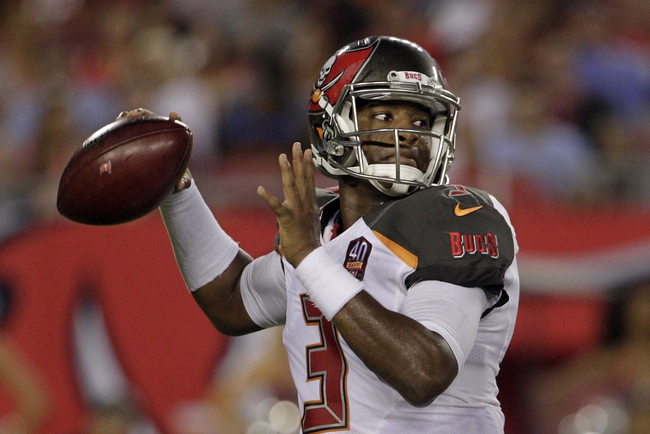 The Cleveland Browns are 0-2 in preseason play with losses to the Redskins and Bills. Johnny Manziel has thrown for more than 150 yards and a touchdown, giving the Browns coaching staff something to think about when naming a starter. Josh McCown hasn’t looked great despite not throwing a pick and having a touchdown pass himself. Terrance West has racked up 52 rushing yards and Darius Jennings has 68 receiving yards on four receptions. Defensively, the Browns have produced five sacks and allowed 15 second half points. Paul Kruger has two tackles for loss, Xavier Cooper has three sacks and Johnson Bademosi has a pass deflection.

The Tampa Bay Buccaneers are 1-1 in preseason ball and are coming off a win over the Cincinnati Bengals. Jameis Winston has more than 200 passing yards and an interception, and he should see the bulk of the reps here. Backups Mike Glennon and Seth Lobato have combined for one touchdown and zero picks. Doug Martin leads the Bucs with 78 rushing yards and Russell Shepard has 44 receiving yards and a touchdown. Defensively, the Buccaneers have produced five sacks and allowed 15 second half points. George Johnson has 1.5 sacks, D.J. Swearinger has two pass deflections and Larry English has one tackle for loss.

Although Manziel should be the starter over McCown, I expect the veteran to get the bulk of the reps in this game. Uh, no thanks. I like the younger team at home. Here's to the Bucs getting another preseason win.

The pick in this article is the opinion of the writer, not a Sports Chat Place site consensus.
Previous Pick
Calgary Stampeders vs. Winnipeg Blue Bombers CFL Pick, Odds, Prediction - 8/29/15
Next Pick
Bears vs. Bengals - 8/29/15 NFL Pick, Odds, and Prediction