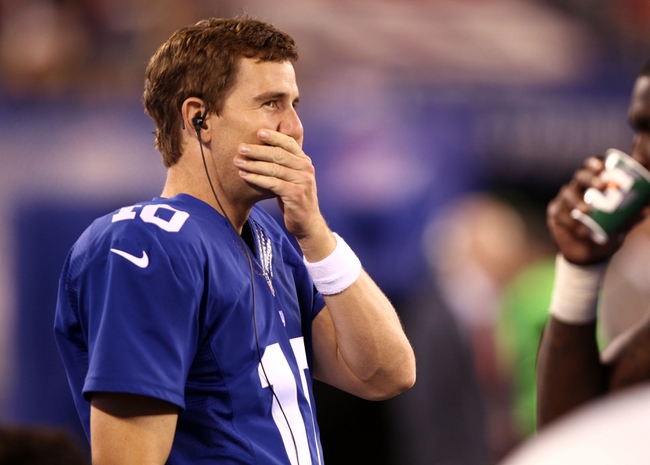 The New York Jets are 1-1 in preseason action and are coming off a win over the Atlanta Falcons. Ryan Fitzpatrick has thrown 22 passes for more than 120 yards but has yet to throw for a touchdown. Fitzpatrick must be more of a playmaker if the Jets are going to succeed with Geno Smith out. Backups Bryce Petty and Jake Heaps have combined for one touchdown and zero picks. Chris Ivory has rushed for 61 yards and a touchdown while Brandon Marshall is coming off a 62-yard receiving day on four receptions. Defensively, the Jets have produced four sacks and allowed 45 points. Jamari Lattimore has nine sacks, Leonard Williams has three tackles for loss and Jason Babin has 1.5 sacks.

The New York Giants are 1-1 in preseason play and coming off a win over the Jacksonville Jaguars. Eli Manning has thrown 22 passes for just 68 yards and is sure to see a lot of reps in this contest. Backups Ryan Nassib and Ricky Stanzi have combined for one touchdown and zero interceptions. Basically, the Giants have gotten nothing out of their passing game halfway through the preseason. Orleans Darkwa has racked up 77 rushing yards and a touchdown while James Jones has 94 receiving yards on seven receptions. Defensively, the Giants have produced five sacks and allowed nine second half points. Trevin Wade has eight tackles, Damontre Moore has 2.5 sacks and J.T. Thomas has a tackle for loss.

The Giants haven't shown much this preseason. Granted, the Jets were brutal in their first contest, but they have far more position battles, which usually brings the best out in the preseason. Give me the Jets to win this game in a battle between the New Yorkers.

The pick in this article is the opinion of the writer, not a Sports Chat Place site consensus.
Previous Pick
Calgary Stampeders vs. Winnipeg Blue Bombers CFL Pick, Odds, Prediction - 8/29/15
Next Pick
Bears vs. Bengals - 8/29/15 NFL Pick, Odds, and Prediction