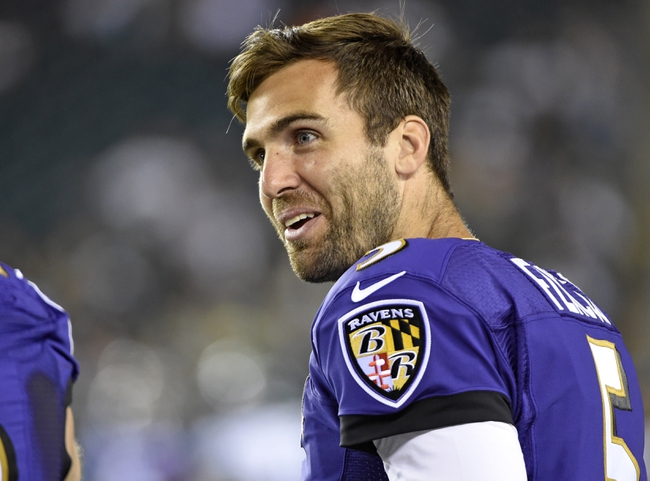 The Washington Redskins are 2-0 in preseason play and are coming off a win over the Detroit Lions. Kirk Cousins and Colt McCoy are likely going to get all of the reps in this matchup with Robert Griffin III going down with a concussion and a shoulder injury. The Redskins just have no luck at QB, although Cousins and McCoy each threw a touchdown in their last game. Trey Williams has racked up 67 rushing yards and Rashad Ross has over 100 receiving yards and a touchdown on nine receptions. Defensively, the Redskins have produced nine sacks and allowed 34 points in two games. Martrell Spaight has 11 tackles, Preston Smith has two tackles for loss and Houston Bates has three sacks.

The Baltimore Ravens are 1-1 in preseason play and are coming off a loss to the Philadelphia Eagles. Joe Flacco has thrown 13 passes and is coming off a two-interception game. Flacco is likely going to get most reps in this game, while Bryn Renner and Matt Schaub still battle it out for the backups. Terrence Magee has 44 rushing yards and DeAndre Carter has 67 receiving yards on five receptions. Defensively, the Ravens have produced three sacks and have allowed 67 points in two games. Brynden Trawick has 11 sacks, Elvis Dumervil has a sack and Rashaan Melvin has two tackles for loss.

With RG3 banged up, McCoy and Cousins once again find themselves possibly compeiting for the starting job if his injuries linger. That usually brings the best out of players. I like the points here, as the Ravens are one of those teams just taking it easy and waiting for the regular season.