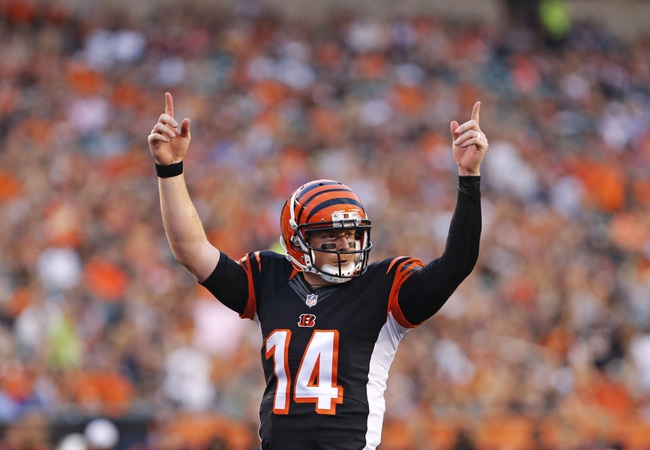 A Rundown of the NFL's Preseason Week 3 Injuries

It’s that time again, folks. Injury report Monday. I promise it’ll go back to injury report Tuesday once MNF begins gracing us with its weekly presence. Just trying to keep you on your toes. As for now, though, the rundown of the top ten worst injuries of the third week of the preseason can be found below. Fortunately, nothing too serious happened this week.

1. Cincinnati Bengals QB Andy Dalton left Saturday’s game against the Chicago Bears with an apparent neck injury. As per Coach Marvin Lewis’s post-game comments, Dalton is fine and was only sidelined as a precautionary measure. I’m thinking AJ McCarron had things well in-hand…

2. Green Bay Packers WR Randall Cobb left Saturday’s match-up against the Philadelphia Eagles with a shoulder issue. Cobb underwent an MRI and was diagnosed with an AC joint sprain. While this isn’t ideal, you can breathe again, Pack Nation. Cobb is by no means gone for the season.

3. Indianapolis Colts DE Art Jones suffered what looked to be a pretty nasty leg injury during Saturday’s win over the St. Louis Rams. Jones is now wearing an air cast on his foot; his return date has yet to be announced.

4. Miami Dolphins OG Mike Pouncey left Saturday’s game with a knee injury. There’s been no official word on his diagnosis, but I’d be hoping he isn’t gone long, Fins fans.

5. Kansas City Chiefs WR Albert Wilson sprained his AC joint during Friday’s game. Wilson was sidelined during the first quarter and a date for his return has yet to be announced.

6. New York Giants DE Robert Ayers suffered an ankle or Achilles injury prior to Saturday’s game against the New York Jets. Ayers is undergoing evaluation; no diagnosis has been officially reported.

7. New York Jets DL Leonard Williams strained a knee muscle during Saturday’s match-up against the New York Giants. Williams, thankfully for Jets fans everywhere, did not tear his ACL, MCL, or LCL, so he should be good to go in the near future.

8. San Diego Chargers QB Philip Rivers left Saturday’s game against the Seattle Seahawks due to a finger injury on his throwing hand. Rivers has since undergone x-rays that came back negative for a break, so he should be ready to rock come Week 1.

10. Cleveland Browns RB Duke Johnson left Saturday’s blowout win over the Tampa Bay Buccaneers for a concussion evaluation. Johnson is expected to be cleared to return to the field by next week.

The pick in this article is the opinion of the writer, not a Sports Chat Place site consensus.
Previous Pick
Saskatchewan Roughriders vs. Ottawa Redblacks CFL Pick, Odds, Prediction - 8/30/15
Next Pick
Top Ten Biggest Mistakes of the 2015 NFL Offseason