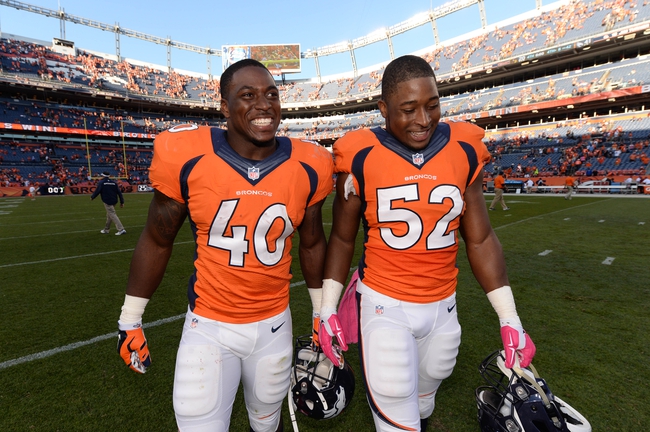 The Arizona Cardinals are 1-2 in preseason play and are coming off a win over the Oakland Raiders. With Carson Palmer sitting out this matchup, Arizona will turn to Logan Thomas and Drew Stanton to handle most of the reps. That duo completed 11 of 14 passes in Arizona’s last game. Marion Grice has a chance to earn some serious regular season reps at running back, while Brittan Golden and rookie Jaxon Shipley have to step up at wide receiver. Defensively, Calais Campbell led Arizona in its last game with six tackles, Jerraud Powers had two pass deflections and Alex Okafor had two tackles for loss.

The Denver Broncos are 3-0 in preseason play and are coming off a win over the San Francisco 49ers. With Peyton Manning sitting this game out, this will be Brock Osweiler’s chance to prove he’s the best backup quarterback in the league. Osweiler completed 15 of 20 passes for 104 yards in his last contest. Montee Ball is still trying to climb up the running back depth chart and Cody Latimer has a chance to make an impact at wide receiver in his second season. Defensively, David Bruton Jr. led Denver in its last game with five tackles, Shane Ray had a sack and Darius Kilgo had a tackle for loss.

Osweiler could start for a lot of NFL teams. When we're getting him for an entire game, you have to go with the Broncos here. Thomas and Stanton just don't do it for me with Arizona.