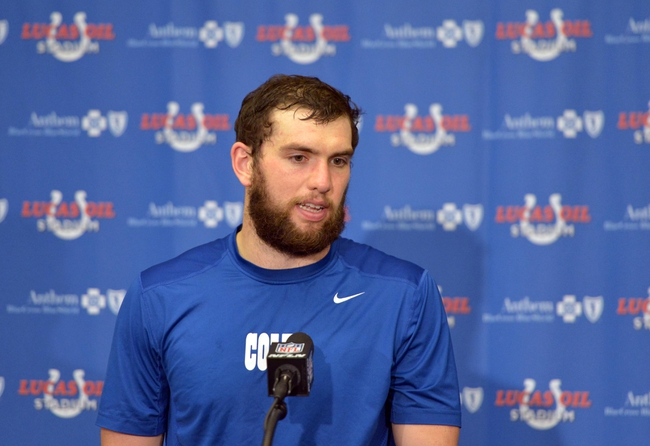 The Cincinnati Bengals are 2-1 in preseason play and are coming off a win over the Chicago Bears. This game will give AJ McCarron a chance to prove he belongs in the league with Andy Dalton preparing for the Bengals season opener. You’re also going to see more of Keith Wenning. Rookie James Wilder Jr. should have plenty of chances to emerge through a deep RB depth chart and guys such as Rex Burkhead hope to continue to turn heads. The Bengals have some interesting guys on their team who could solidify their spot on the team with a solid showing here. Defensively, Vincent Rey led the Bengals with six tackles in their last games, Carlos Dunlap had a sack and Marcus Hardison had a pass deflection.

The Indianapolis Colts are 1-2 in preseason play and are coming off a win over the St. Louis Rams. Obviously, Andrew Luck isn’t going to participate in this game, which means a whole lot of old man Matt Hasselbeck and rookie Bryan Bennett. The Colts running back position seems to be wide open with guys like Daniel Herron and Tyler Varga fighting for carries. Griff Whalen and Quan Bray have their chance to shine with T.Y. Hilton, Andre Johnson and Dwayne Allen likely sitting this one out. Defensively, Amarlo Herrera led the Colts in their last game with four tackles, Erik Walden had two sacks and Jalil Brown had a pass deflection.

In a pick em preseason game, I'm going to side with the home team. Really not much else to factor in here considering both teams are playing all of their backups.