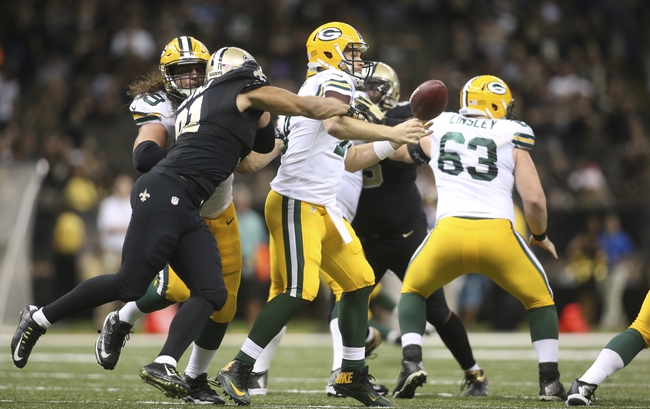 The New Orleans Saints are 0-3 in preseason play and are fresh off a loss to the Houston Texans. With Drew Brees resting, we’re going to see a mixture of Luke McCown, Garrett Grayson and Ryan Griffin at the quarterback position. Sounds like fun, huh? There’s carries up for grabs in the Saints backfield, and Edwin Baker looks like he wants some after really putting on a show in the last game. Wide receiver Willie Snead has a chance to sneak onto the roster and Brandon Coleman continues to climb up the Saints depth chart. Defensively, Kenny Phillips led New Orleans with eight tackles in its last game, Ashaad Mabry had two tackles for loss and Stanley Jean-Baptiste had two pass deflections.

The Green Bay Packers are 1-2 in preseason play and are coming off a loss to the Philadelphia Eagles. Once again without Aaron Rodgers, Green Bay will turn to rookie Brett Hundley and Matt Blanchard at quarterback, a duo that produced three touchdowns and two interceptions in the last game. The Packers have carries up for grabs and Rajion Neal and John Crockett have made the most of their playing time. Wide receiver Myles White is coming off a monster nine-catch game and rookie Ty Montgomery has show his big play ability. Defensively, Sam Barrington led Green Bay in its last game with eight tackles, Carl Bradford had a pass deflection and Jayrone Elliott had a sack.

Have a hard time thinking the Saints should be the favorite on the road despite not winning a preseason game. I also really like Green Bay's rookie QB Hundley and expect him to play well in an expanded role. Give me the points.