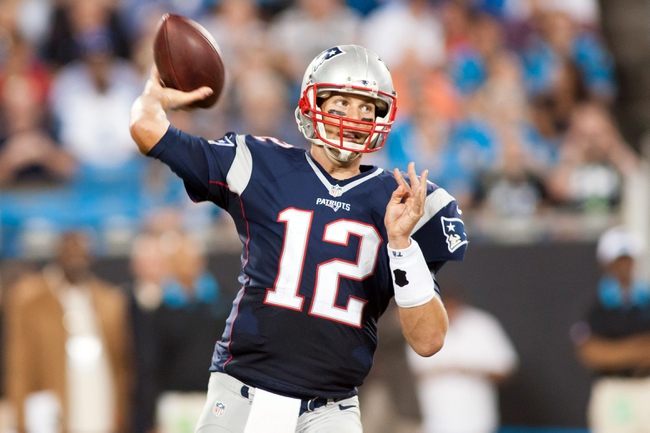 The New York Giants are 1-2 in preseason action and are coming off a loss to the New York Jets. With Eli Manning taking a backseat, Ryan Nassib should get all of the reps in this game. Nassib was sharp in his last contest, completing 11 of 18 passes for 122 yards and one touchdown. Rookie running back Akeem Hunt has a chance to rise through a subpar running back depth, while receiver Geremy Davis and tight end Adrien Robinson have one last chance to prove themselves with the starters taking this game off. Defensively, Devin Unga led New York in the last game with eight tackles, Jameel McClain had a tackle for loss and Cooper Taylor had a sack.

The New England Patriots are 2-1 in preseason play and are coming off a win over the Carolina Panthers. This should be the game Jimmy Garoppolo gets all of the reps as he prepares to replace the suspended Tom Brady. Garoppolo completed 13 of 17 passes for 126 yards and a touchdown in his last game. Wide receiver Aaron Dobson has a chance to see a lot more playing time after a solid preseason and running back Dion Lewis has shown his versatility and should earn a roster spot. Defensively, James Morris led New England in the last game with seven tackles, Dominique Easley had two tackles for loss and Logan Ryan had a pass deflection.

We still don't know if Brady is going to play or not. However, Garoppolo possibly playing the entire game sounds like a good option for a preseason game. The Giants have shown nothing all preseason from their backups.