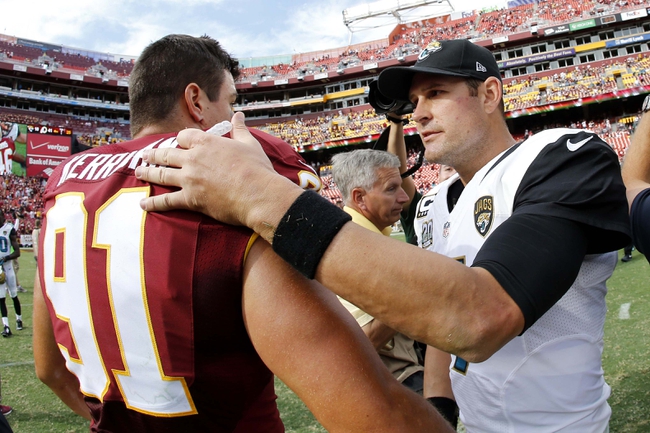 The Jacksonville Jaguars are 1-2 in preseason play and are coming off a loss to the Detroit Lions. Blake Bortles will take a backseat after throwing 29 passes in the last game, which means Chad Henne and Stephen Morris will get all of the reps in this matchup. Jacksonville has a lot of open positions at the skill spots, which still gives guys such as Storm Johnson, Nic Jacobs and Corey Grant a chance to make the team and see some regular season playing time. Defensively, Telvin Smith led Jacksonville in its last game with four tackles, Sergio Brown had a pass deflection and Dan Skuta had a tackle for loss.

The Washington Redskins are 3-0 in preseason play and are coming off a win over the Baltimore Ravens. Kirk Cousins likely won’t see any playing time after being named the Week 1 regular season starter, which means we’re going to see a whole lot of Colt McCoy. McCoy threw for two touchdowns the last game on just 10 completions. Rookie running back Matt Jones is coming off an impressive showing and Jamison Crowder is starting to turn some heads as a speedy receiver. The Redskins are just a big question mark as we inch closer to the regular season. Defensively, Keenan Robinson led Washington in its last game with six tackles, Preston Smith had a sack and David Amerson had a pass deflection.

Does anybody have any idea what's going on Washington? With Cousins named the starter and RG3 banged up, this entire game could belong to McCoy. That's not very appealing. Give me the Jags and the truckload of points for a preseason game.