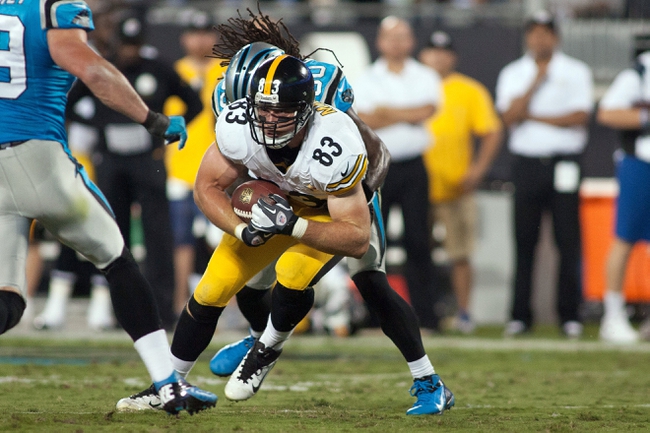 The Carolina Panthers are 2-1 in preseason play and are coming off a loss to the New England Patriots. Cam Newton will take a backseat in this game, giving all of the reps to backups Derek Anderson and Joe Webb. The two quarterbacks combined for 4-11 passing in the Panthers last game. Rookie running back Cameron Artis-Payne has looked sharp in his limited playing time and wide receiver Jarrett Boykin still has a shot to make the team with solid showings in the first three games. Defensively, Luke Kuechly led Carolina in its last game with six tackles, Teddy Williams had two pass deflections and Kony Ealy had a sack.

The Pittsburgh Steelers are 1-3 in preseason action and are coming off a loss to the Buffalo Bills. Ben Roethlisberger is sure to rest for this game, giving the newly acquired Michael Vick a chance to prove he is still capable of being a backup QB. Landry Jones will get some reps as well, of course. Dri Archer has done a nice job of showing his skill set and rookie wide receiver Sammie Coates has a chance to see some serious playing time this season. Defensively, Terence Garvin led Pittsburgh in its last game with nine tackles, Brandon Boykin had a pass deflection and Arthur Moats had a sack.

We're going to see a lot of Michael Vick. And judging by the way he played in the first game, the Steelers should be in good hands here. I like the home team and the small chalk.