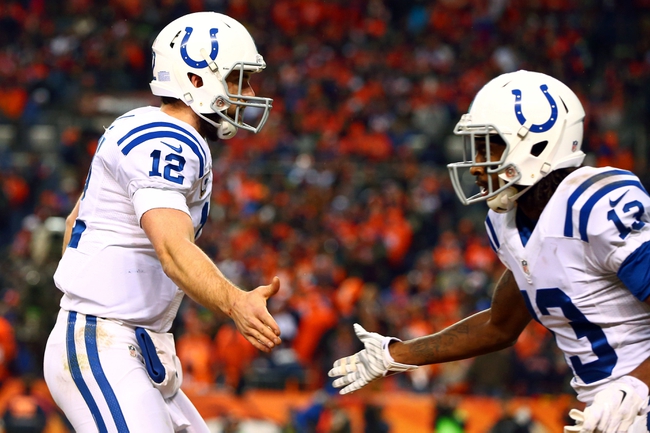 We’ve got just four days left until the official start of the 2015 NFL season. In the meantime, let’s check out our daily dose of headlines and see who’s making news out there.

The NFL announced yesterday that they had suspended Cardinals OT Bobbie Massie for two games.
The suspension comes as a result of Massie being in violation of the league’s substance abuse policy.

The Titans made something of a surprise cut yesterday, releasing WR Hakeem Nicks.
Nicks posted 38 grabs for 405 yards and four scores last year.

The Jets put RB Stevan Ridley on the PUP list yesterday. He’s currently trying to come back from a torn ACL.
This is Ridley’s first stint in New York; he last played in New England.

The Texans announced some news about RB Arian Foster yesterday. The team expects him to be back in action at the end of this month or the start of October at the latest.
Foster is recovering from groin surgery that cost him the entire preseason.

The Eagles cut QB Tim Tebow yesterday, which is sure to cause dismay to many of his fans.
There was hope that Tebow could possibly make the team after Philly sent Matt Barkley to Arizona, but it simply wasn’t to be.

The Jets cut a pair of backup quarterbacks yesterday, releasing both Josh Johnson and Matt Flynn.

The Redskins demoted QB Robert Griffin III to No. 3 on the team’s official depth chart, according to sources close to the team.
Griffin didn’t do well in the preseason and is still trying to shake off a concussion. The team will go with Kirk Cousins under center with Colt McCoy at the backup slot.

The pick in this article is the opinion of the writer, not a Sports Chat Place site consensus.
Previous Pick
NFL News: Player News and Updates for 9/5/15
Next Pick
Winnipeg Blue Bombers vs. Saskatchewan Roughriders CFL Pick, Odds, Prediction - 9/6/15