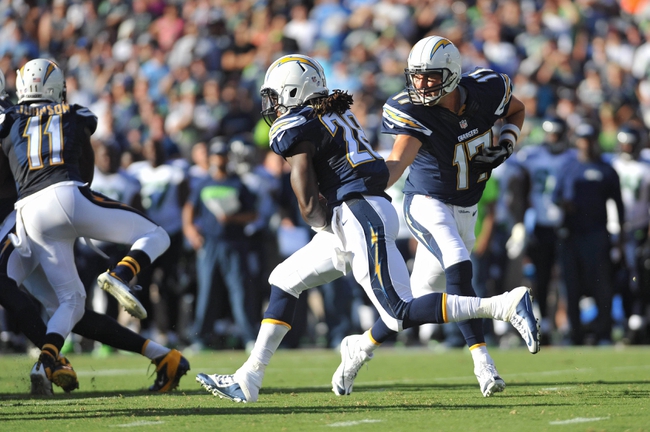 Matt Stafford and the Lions look to prove the critics wrong with a big opening weekend victory on the road against Phillip Rivers and the San Diego Chargers.

The Lions head into week one as underdogs thanks in large part to questions surrounding their defense after Ndamukong Suh left for Miami but with Matt Stafford behind center. Calvin Johnson and Golden tate catching footballs, and the tandem of Ameer Abdullah and Joique Bell running the ball these Lions could be a much better group than people think. There is no question the Leos will have a tough time filling the void left by Suh and it make take a few seasons before they can even try but we can't cast them aside as a doormat quite yet as they still hav ea ton of pieces to stay competitive. They do however draw a tough matchup in week one heading into San Diego as the Chargers are expected to do good things this season but that will all fall on the shoulders of Rivers who continues to lead the team behind center.

The Chargers will look to stay afloat in the increasingly competitive AFC West and will have to contend with the Broncos and Chiefs for sure and could have the Oakland Raiders chomping at their heels as well. San Diego returns most of last year's team but will be without Ryan Mathews who left for greener pastures in Philadelphia but will have rookie Melvin Gordon and last year's break out Branden Oliver handling the ground game and Keenan Allen leading the way through the air. Neither of these teams to me are playoff contenders though and are both mediocre teams stuck in a standstill and while it is tough to trust the Chargers at times I think they do enough at home here in a game I wouldn't recommend putting anything on.